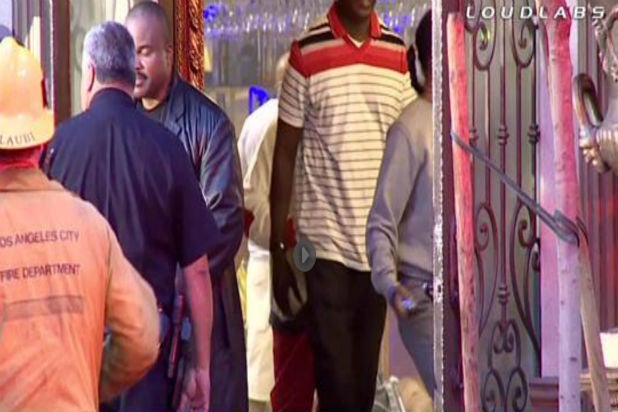 One person was killed and at least five others injured when violence unfolded at two parties that were being touted as BET Awards-related this weekend in Los Angeles.

In one incident, a man was shot to death and four others injured at an overnight gathering at Monalizza Restaurant and Banquet Hall in the 1100 block of North Vermont Avenue, Officer Madison of the Los Angeles Police Department told TheWrap.

The shooting occurred around 5:17 a.m. on Sunday when a gunman opened fire on a crowd of partygoers, the LAPD said. They also added that it was unclear if the shooting happened inside or outside the restaurant.

Three of the victims were rushed to local hospitals by ambulance, including an adult male who died a short time later. Two other people were taken to the hospital in private vehicles, according to police. Their conditions were not known.

Video from the scene, aired on local TV station CBS Los Angeles, showed partygoers filing out of the restaurant as paramedics performed CPR on one of the victims.

In a separate incident, a man was stabbed at a party on Saturday night at Lure Nightclub in Hollywood.

The stabbing unfolded around 9 p.m. at the nightclub, which is located in the 1400 block of Ivar Avenue, the LAPD told TheWrap.

The victim, who was described as being in his 30s, was rushed to Cedars-Sinai Medical Center. He suffered a puncture wound and a laceration to his stomach, and was listed in stable condition, police said.

A security guard inside the club told CBS Los Angeles that chart-topping rapper The Game was among those attending the party when the stabbing took place.

The hip-hop star was not injured, the security guard said.

Both incidents remain under investigation and no arrests have been made in either case.

While organizers claimed both gatherings were BET Awards pre-parties, the LAPD and a BET spokesperson said neither was officially sanctioned by the cable network.

“The two isolated incidents over the weekend occurred at locations with events that were unauthorized and unaffiliated with the BET Awards, BET Experience at L.A. LIVE or their partners,” BET said in a statement obtained by TheWrap.

“Security remains the number one priority for all official BET events and the network and all organizers will continue to maintain a safe environment for all planned activities,” the statement continued.

The BET Awards are taking place on Sunday evening at 8 p.m. ET at the Nokia Theatre in downtown Los Angeles.