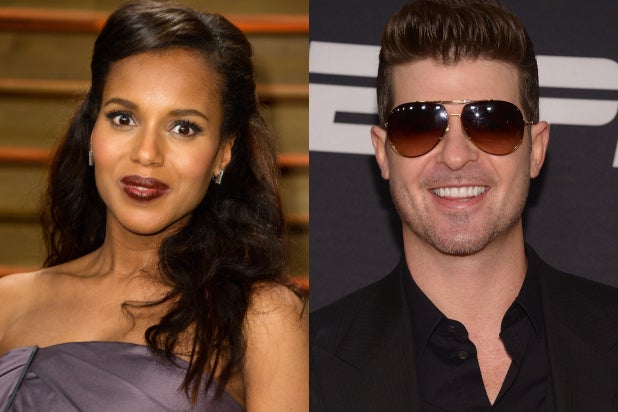 The slate at the 2014 BET Awards just got a little more star power, as Kerry Washington and Robin Thicke have been added to the lineup.

Thicke will perform a new single.

Chris Rock will host the show, which airs live on Sunday, June 29 at 8 p.m. ET on BET from the Nokia Theatre L.A. Live in Los Angeles, Calif. The “BET Awards” will premiere internationally on BET’s international network on July 1 at 8 p.m. GMT.

Along with the awards show, the BET Experience at L.A. Live will take place from June 27-29, and will be headlined by Outkast.