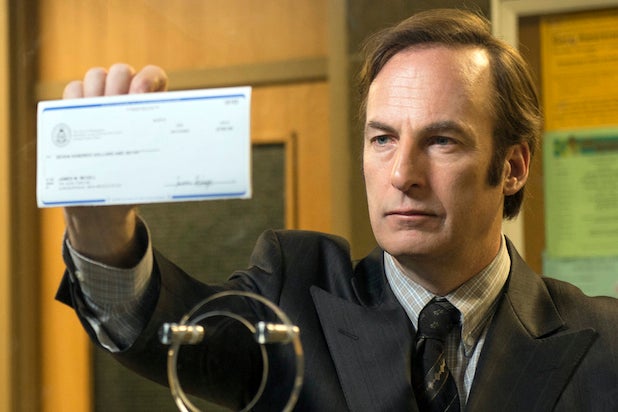 AMC has renewed “Better Call Saul” for a 10-episode fourth season to premiere in 2018, the network announced on Tuesday.

The news comes a week after the “Breaking Bad” prequel series concluded its third-season run as the third highest-rated scripted cable drama.

“Supporting artists we respect and admire; delivering truly outstanding character development and nuanced dramatic twists and turns; continuing a legacy of bold creative choices; loving writing that is the best in the business: Truly, ‘S’all good, man,'” said Charlie Collier, president of AMC, SundanceTV and AMC Studios in a statement. “Congratulations to Vince, Peter, Bob and everyone involved with ‘Better Call Saul.’ Bring on season four!”

Season 3 came to a close on a cliffhanger last week, with the fate of at least one major character left up in the air. The finale faded to black with a self-set blaze in crazy Chuck McGill’s (Michael McKean) previously nice abode, an apparent suicide attempt. In an interview with TheWrap, executive producer Gennifer Hutchison played it coy, saying fans would have to wait until Season 4 for answers.