Walt and Jesse are coming back.

After years of fielding questions about an appearance by the “Breaking Bad” characters on the prequel series “Better Call Saul,” AMC confirmed on Saturday night that Bryan Cranston and Aaron Paul will indeed be back in some capacity in the upcoming final season of the Bob Odenkirk-fronted show. “Better Call Saul” co-creator Peter Gould first made the announcement on a Paley Fest panel on Saturday night.

Further details about Cranston and Paul’s appearance were not revealed.

The actors first returned to the roles of Walter White and Jesse Pinkman in the 2019 Netflix sequel film “El Camino,” which was written and directed by “Breaking Bad” creator Vince Gilligan and picked up immediately after the “Breaking Bad” finale left off, providing additional closure to Jesse Pinkman’s arc. 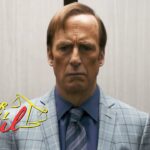 The sixth and final season of “Better Call Saul” premieres on April 18 on AMC, but the season is being split up into two parts (Part 2 premieres in July), so it’s unknown during which part Cranston and Paul appear.

Gould and Gilligan created “Better Call Saul” after the end of “Breaking Bad” as a way to expand the universe and explore the life of Saul Goodman – aka Jimmy McGill – before he crossed paths with criminal mastermind Walter White. Far from living in the shadow of the Emmy-winning “Breaking Bad,” “Better Call Saul” has gained its own acclaim over the years for its nuanced character study and astounding direction – which is no surprise given that much of the same creative team that made “Breaking Bad” carried over onto “BCS.”

Dean Norris and Steven Michael Quezada reprised their roles as Hank Schrader and Steven “Gomey” Gomez in Season 5 of “Better Call Saul,” and while the show’s characters have yet to cross paths with Walter or Jesse, that’s now about to change. Just in time.