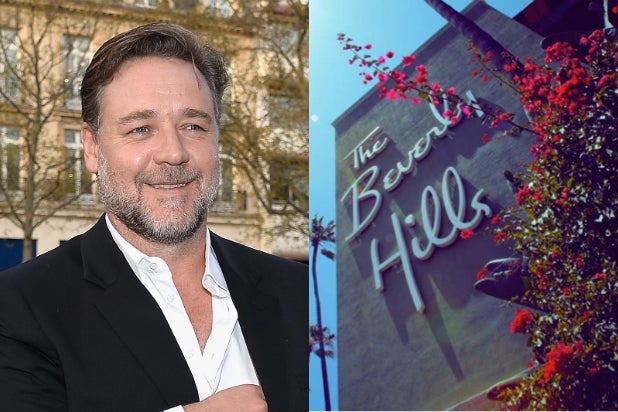 The celebrity-laden protests outside the Beverly Hills Hotel may have dissipated, but to feel the effects of the nearly monthlong boycott over its owner’s anti-gay policies, one needs to go no farther than the Polo Lounge.

The usually bustling restaurant was quiet on Friday — there was almost a server, hostess, or bar back for every patron at lunchtime. Though the hotel pledged it would continue to keep its staff fully scheduled and make up their tips through the lean times, such sluggish business may not be sustainable in the long run.

Also read: Why Haim Saban Canceled Dinner at the Polo Lounge – and Would He Really Buy the Beverly Hills Hotel?

At issue is a decision by the hotel’s owner, Sultan Hassanal Bolkiah of Brunei, to enact harsh Islamic sharia laws that, among other things, criminalize homosexuality as an act punishable by death.

Protestors like Jay and Mavis Leno mobilized when LGBT organizations like GLAAD called for Hollywood to stop holding its posh parties at the classic Beverly Hills Hotel — though a boycott effort had been in the works for more than a year by a labor union embittered by a decades-old work lockout, according to a report by BuzzFeed earlier this month.

Recent attention has been focused on harm the boycott has caused hotel’s employees. Parent company Dorchester Collection, which is owned by the sultan’s massive Brunei Investment Agency, set up a Facebook page to garner support for the men and women who work at the hotel. That page had over 6,800 “Likes” at the time of this writing.

TheWrap spoke with an employee at the Beverly Hills Hotel Friday, who said he appreciates support from those in the Hollywood community who recognize his coworkers have as little influence over the laws in Brunei as they do.

“Noah” star Russell Crowe, for example, tweeted a plea last week for protestors to revise their strategy and instead target government officials who can hit the sultan where it hurts — in oil profits.

“[T]hrowing the staff of Dorchester Collection Hotels under the bus to make a political point is not acceptable to me,” Crowe wrote on Twitter May 20.

“[T]he decision to enact these laws is reprehensible and horrifying. Pressure your govt to cease trade contact, refuse to use Brunei oil,” he added.

#1 Sending me abuse will not stop my support of Gay , Lesbian, Bi and Trans Gender rights. The laws that Brunei are adopting are hideous.

#2 however, throwing the staff of Dorchester Collection Hotels under the bus to make a political point is not acceptable to me.

#4 to me, it is not acceptable collateral damage to ignore them . These are people I know ,people I consider friends

#5 the decision to enact these laws is reprehensible and horrifying. Pressure your govt to cease trade contact, refuse to use Brunei oil

Mavis Leno told CNN earlier this month that the employees’ sacrifice was unfortunate but necessary for the cause.

“I feel very badly, but this is the only way we can reach the Sultan,” she said. “Either the Sultan will decide that the hotel is too much of a nuisance and he’ll divest himself or perhaps he doesn’t want to be an international pariah and he will think again.”

When compared to the $20 billion in wealth the Sultan of Brunei enjoys, largely from oil profits, and the centuries of precedent for sharia law in Muslim states, whatever harm is caused by the protest is unlikely to cause as much of a dent in the small Asian country as it is in the small corner of Beverly Hills where the century-old hotel sits.