“I think he should resign. I understand that the state legislature may decide to impeach. I don’t know that for a fact,” Biden told CNN on Tuesday afternoon.

In a meandering, widely mocked press conference held soon after the investigation’s findings were announced by Attorney General Letitia James, Cuomo said he would not resign despite the fact that the investigation determined that he broke state and federal law as he created “a hostile work environment.”

Cuomo also denied that he had ever “touched anyone inappropriately or made inappropriate sexual advances, and explained he has been touching people’s faces “all my life” and that he learned it from his own mother and father. He then played a montage of himself touching faces of citizens, politicians and celebrities.

Cuomo also attempted to shift responsibility to “generational or cultural perspectives that frankly I haven’t fully appreciate,” adding “I have learned from this.”

Biden joins a growing wave of leading Democrats demanding that Cuomo step down from the office he’s held since 2011. Among them are Senate Majority Leader and New York Senator Chuck Schumer and the state’s junior senator Kristen Gillibrand, as well as Speaker of the House Nancy Pelosi. 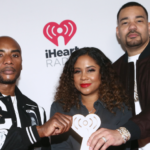