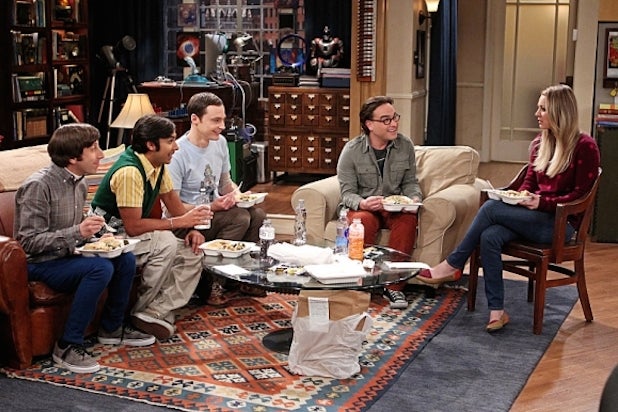 “The Big Bang Theory” stars Jim Parsons, Johnny Galecki and Kaley Cuoco have signed hugely lucrative new three-year deals, following a standoff that delayed table reads for the sitcom’s upcoming eighth season. All three will receive about $1 million per episode, up from $350,000 per episode, a person familiar with the negotiations told TheWrap.

The deals are worth an estimated $90 million for each of the stars over the three seasons. The deal also leaves open the possibility of an eleventh season.

All three will receive production deals, the details of which are still being worked out. And their ownership of the show will increase from .25 percent to at least a point each.

Series co-stars Simon Helberg and Kunal Nayyar are still hammering out their own deals for the series, which has been renewed through 2017 by CBS.

Warner Bros. Television, which produces the series, CBS, and representatives for the actors declined to comment to TheWrap.

The series has been a ratings giant for CBS, standing as the network’s top-rated program in the 18-49 demographic most important to advertisers. As of last fall, it commanded $326,260 per 30-second advertising spot, the most of any programming outside of NFL games.