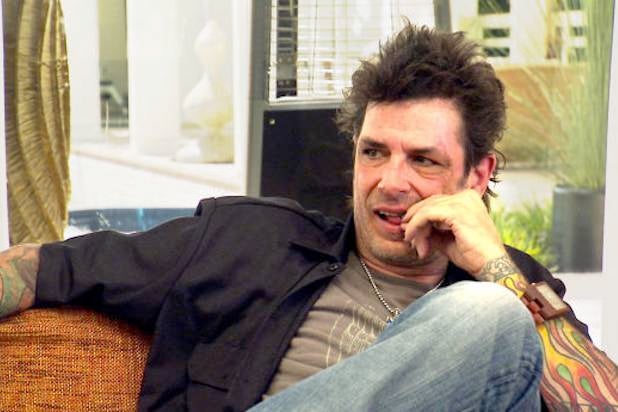 People broke the news ahead of the latest episode of the reality series, on which he is joined by girlfriend Stephanie Rogness-Fischer and a number of other reality stars, including “The Bachelor” Juan Pablo Galavis.

See video: Why Michael Stipe Was Afraid to Be Tested for HIV

“Look, I get that I’m a reality-show villain, but for better or for worse, I have a platform. And I decided that it was time to just publicly say what I’m dealing with,” Donato, nicknamed “Evel Dick,” told People.

“On one hand, I’m doing this for myself: I don’t want to hide anymore. On the other hand, I hope it will remind viewers to get tested, practice safe sex, all those things we know in the back of our minds but maybe don’t do,” Donato continued. “After I told everyone on ‘Couples Therapy,’ I had two production people pull me aside and say that they had gotten tested. I feel like I can do some good.”

Also read: ‘Big Brother 16’ Finale: Victoria Takes on the Hitmen for Half a Million Dollars

Donato, who was diagnosed while filming Season 13 of “Big Brother” in 2011, does not know how he contracted the virus that causes AIDS, but believes it was the result of unprotected sex with a woman.

“People are going to make assumptions about how I got it, and that’s okay,” Donato said. “People are afraid to come forward because they’re afraid of the stigma of HIV. I’m not gay and I’ve never stuck a needle in my arm, but at this point, it doesn’t matter. We create a stigma around the disease that makes it hard for people to publicly say they have it.”

Although Donato told his mother and girlfriend immediately, he admits he, too, was afraid to tell too many people about his condition for years.

“I went to a clinic that had a big sign that said ‘HIV’ and I thought, ‘What if someone sees me?’ My computer and router were hacked and I was afraid that someone would leak the information,” Donato said. “I came up with excuses – people wondered why I was taking medicine regularly. When people asked why I left ‘Big Brother,’ I would give quippy, smart-ass answers.”

Also read: Robin Thicke: ‘I Was High on Vicodin and Alcohol’ During ‘Blurred Lines’ Session

Reality fans will find out the truth about his abrupt “Big Brother” departure when “Couples Therapy” airs on VH1 at 9 pm.