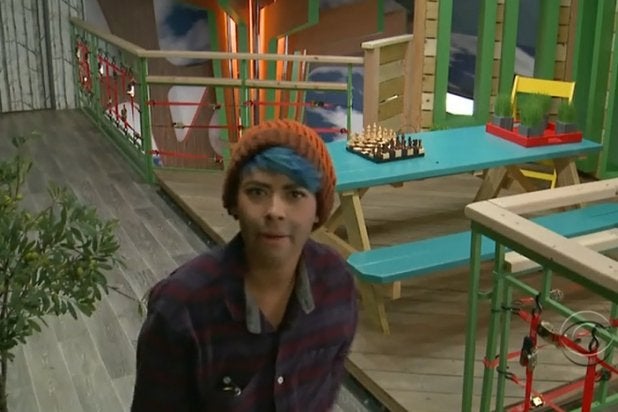 (Spoiler alert: Do not read on if you have not yet seen Thursday night’s eviction episode of “Big Brother”)

The “Big Brother” Houseguests and America are clearly not on the same page so far this season. If things continue the way they started with the season’s first eviction, Donny may be in trouble.

After failing miserably to start an all-girls alliance, Joey found herself on the block. She tried to do some damage control by creating an alter ego, Alex, to emphasize to everyone how they were allowing two guys (Caleb and Devin) to basically run their games. Meanwhile, Devin was flying around pushing for a unanimous vote against Joey.

But, despite some people agreeing with her, no one was ready to rock the house yet, proving that Devin and the “Bomb Squad” are ruling the house. Joey was the first person booted. She was also the first member of America’s Team, which was to be a three-person team voted by America, which makes her eviction kind of a slap in America’s face. We wanted her to stick around, but the rest of the house didn’t.

Tonight, Donny became the second — and for now only — member of Team America. We’re still in the dark as to what exactly this means, beyond that they’ll be asked to perform secret tasks for $5,000 each. But considering that the “Bomb Squad” was gunning for him earlier, thinking he was ex-military and all kinds of other crazy things, Donny may find himself on the chopping block soon, as well.

Plus, it may be too early to count Joey completely out. Previous seasons have allowed those evicted early the chance to earn their way back in. If Joey does get that opportunity, and reenters the game, she’ll come in with some outside intel. Julie Chen told her that one of her fellow Houseguests is an undercover cop, while still another is the brother of a famous pop star.

You just know Devin would insist that Donny, who really is a groundskeeper, was the undercover cop. In truth, it’s Derrick who is the police officer, while Frankie is Ariana Grande’s big brother.

This kind of information could really stir up the house, as neither of those people have exposed their real-world identities to the house yet. So as much as I like Joey, I don’t think she should be allowed back in with this information. That would be pretty blatant producer manipulation to stir up drama.

It kind of felt like producer manipulation with the set-up of this week’s “Head of Household” competition, anyway. There was already an all-boys alliance in the “Bomb Squad” — until loose cannon Devin abruptly invited Amber and Christine to join — and then they divide the Houseguests up by gender for this competition. Sure, it assures that we’ll get the first female HOH of the summer, but it also further creates this illusion of guys vs. girls in the house. Viewers can see it, and the Houseguests can surely feel it, too. How long before that illusion solidifies into reality?

Amber won the girls’ side of the competition easily, while things were much messier on the boys’ side. First, Hayden fell at the last second after leading throughout the competition. Then, Julie declared Cody the winner, only to have to strip him of that crown at the last second. His foot touched the ground before he buzzed in. And so, Devin wound up as the male HOH for the week, thus keeping both titles with the “Bomb Squad.”

It looks like this eight-person alliance has a pretty powerful stranglehold on the house, if they can keep it together. Devin is the loose cannon, flying off on tangents and proving he’s the most impulsive and paranoid person in the game. And yet, he intimidates everyone so much that they agreed to unanimously boot Joey. So for now, at least, his power is solidified.