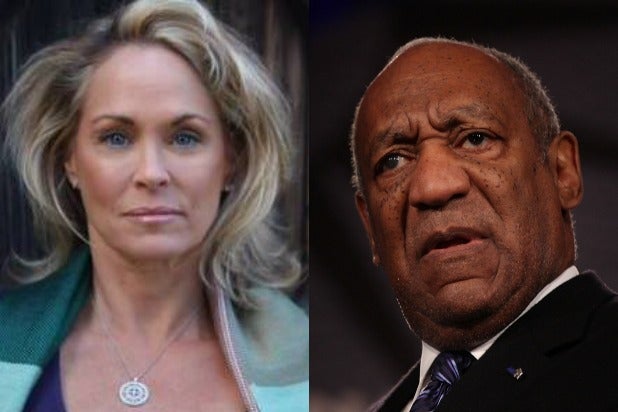 Barbara Bowman, the first in a string of woman to accuse comedian Bill Cosby of sexual assault from decades ago, opened up about Monday’s statement from the comedian’s wife, Camille.

“I can’t imagine the torment, anguish and deep disappointment Camille Cosby must be experiencing now,” Bowman told Access Hollywood on Tuesday. “As she comes to terms with the raw reality of what her husband has caused as her partner of 50 years, she must be shedding tears for her family and for other families across the nation.”

Bowman also stated that Cosby “is not the man I thought I knew.” Her comment comes a day after Camille said he is the man everyone thought they knew.

And Cosby’s daughter, 38-year-old Evin, echoed her mother’s thoughts while questioning the validity of rape allegations from more than 20 women including claims of drugging or sexual assault from decades ago. “He is the FATHER you thought you knew. ‘The Cosby Show’ was my today’s [sic] TV reality show. Thank you. That’s all I would like to say :),” she said.

“Access Hollywood” also cited an unverified Facebook account purportedly belonging to Evin in which she said that people who falsely accuse others of rape should face punishments akin to those that rapists receive. “Drugged- you can remember the whole damn day but you were drugged?” it read. “Just sayin. Memory- you can remember you looked at (allegedly) each other, people were starring allegedly remembering your home address allegedly the name you called him allegedly but you were allegedly drugged.”

Another accuser, model Beverly Johnson, wrote an essay for Vanity Fair detailing her encounter with Cosby from the mid-80s. She attended an audition for “The Cosby Show” where he offered her a cappuccino. Johnson claims by the second sip, she knew she’d been drugged, “and drugged good.”

The fallout from the rape allegations against Cosby, 77, prompted Netflix to postpone a comedy special featuring the comedian. NBC canceled plans to develop a comedy starring the actor.

Allegations began trickling in when Bowman came forward with her story in November. Since then, more than 20 women, have shared their ordeals. Recently, one accuser claimed Cosby sexually battered her when she was 15 years old at the Playboy Mansion. However, according to a declination from the Los Angeles County District Attorney’s Office obtained by TheWrap, the statue of limitations on Judy Hath’s claim has expired.

Also Read: Bill Cosby’s Daughter on Sexual Assault Accusations: ‘He Is the Father You Thought You Knew’

Cosby settled a lawsuit after a Temple University employee claimed he drugged and sexually assaulted her in 2005. Terms of the settlement have not been disclosed.

In the wake of the mounting allegations against Cosby, his attorney Martin Singer released a statement saying: “The new, never-before-heard claims from women who have come forward in the past two weeks with unsubstantiated, fantastical stories about things they say occurred 30, 40, or even 50 years ago have escalated far past the point of absurdity.