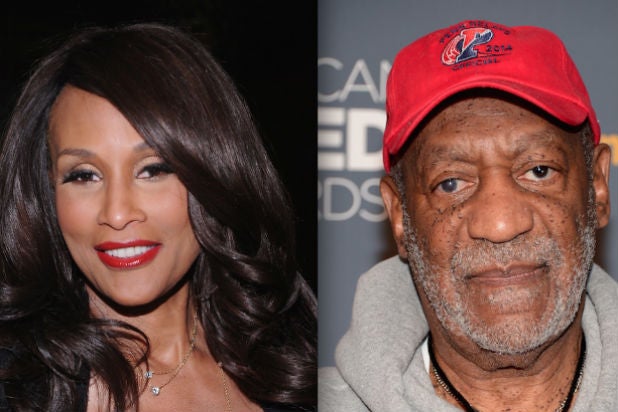 Attorney for Bill Cosby, Martin Singer, has fired off a heated legal letter to CNN accusing it of a smear campaign against the famous comedian.

In the letter to CNN president Jeffrey Zucker, Singer said that CNN decided not to use an interview with Beverly Johnson’s live-in boyfriend from 2006-2009, Mark Burk, because he didn’t corroborate her story of being drugged by the “Cosby Show” star for an upcoming special planned by the cable news network.

“We continue to be shocked by CNN’s ongoing refusal to investigate and run balanced stories about my client,” Singer wrote in the letter obtained by TMZ.

“While airing untested stories from accusers who have seemingly been subject to little or no vetting,” Singer continued, “CNN takes the opposite approach and with anyone who comes forward with information undermining accusers’ claims or with relevant information supporting Mr. Cosby.”

According to Singer, CNN reporters interviewed Burk, who told them that Johnson had never made a negative comment about Cosby and even said she admired the TV star and saw him as a mentor during the time they lived together. Singer accuses the CNN reporters of trying to “manipulate and coerce” Burk into saying statements that supported Johnson’s accusations. And when he wouldn’t corroborate Johnson’s account of events with Cosby, the reporters began attacking Burk and his background. Burk offered to send supporting documents for his statements, but CNN ultimately decided not to use his interview.

“This reckless approach to ‘journalism’ is outrageous,” the attorney wrote. “Accusers are being given a national platform by CNN without first exercising the most rudimentary journalistic investigation as to their claims and motivations. In contrast, CNN disregards and attacks sources with anything positive to say about my client or with relevant information undermining allegations that have been made.”

CNN representatives have not responded to TheWrap’s request for comment.

In early December, Johnson came forward with accusations that Cosby drugged her during an audition for “The Cosby Show” in the mid-80s in an essay for Vanity Fair. The supermodel said that she was able to fight back, which caused the comedian to place her in a taxi home before any type of possible assault could occur.

Johnson is just one of more than 20 women who have come forward with accusations of being drugged and sexually assaulted by Cosby.

In the wake of the mounting allegations against the 77-year-old comedian, Singer released a statement saying, “The new, never-before-heard claims from women who have come forward in the past two weeks with unsubstantiated, fantastical stories about things they say occurred 30, 40, or even 50 years ago have escalated far past the point of absurdity.”

Since the allegations against Cosby surfaced, NBC has abandoned plans to develop a comedy that would have starred Cosby, while Netflix has postponed a comedy special featuring the comedian. Also, several shows on Cosby’s standup tour have been canceled.