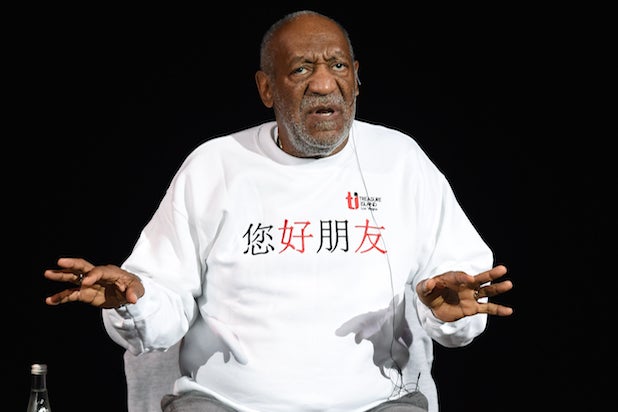 NBC and Netflix are sticking to its plans for Cosby star vehicles as years-old rape allegations are currently circling the comedy icon.

NBC’s comedy series, which the network announced last year, is still currently in early development, an individual with knowledge of the project told TheWrap.

The half-hour sitcom will feature the former “Cosby Show” star sharing advice with his daughters and grandchildren. Produced by Sony, the show was created by Mike Sikowitz (“Rules of Engagement,” “The McCarthys”) and “Glee’s” Mike O’Malley, who also produces Starz’s “Survivor’s Remorse” and Showtime’s “Shameless.” O’Malley may also star on the show.

Netflix is still set to release “Bill Cosby 77” on Thanksgiving Thursday, Nov. 27, an individual with knowledge of the situation told TheWrap. The original stand-up special celebrates his 77th birthday and shares intimate stories from his childhood, first loves and parenthood. Directed by Robert Townsend, it was shot at the San Francisco Jazz Center.

Representatives from NBC and Netflix declined to comment on the projects.

Earlier on Sunday, Cosby’s attorney released a statement, which downplayed the allegations but indicated that he would not comment further. Cosby also refused to answer a question regarding the assault charges Saturday during an interview with National Public Radio.

The rape allegations resurfaced in October when comedian and “Angry Birds” star Hannibal Buress discussed the allegations during a stand-up act. They picked up steam last week when accuser Barbara Bowman wrote an account of multiple sexual assaults she suffered by Cosby.

On Sunday, a new accuser, publicist Joan Tarshis, added her name to the group of 13 women who have claimed to have been raped by the comedian. Tarshis said Cosby drugged and raped her twice in 1969.

Cosby, who created and starred in NBC’s “Cosby Show” for eight seasons from 1984 to 1992, never won an Emmy for the series. But during his run on NBC’s “I Spy” show, Cosby became the first African-American to win an Emmy Award when he was honored by the Academy of Television Arts and Sciences in the Lead Actor category in 1966. He would go on to win two more Emmys for “I Spy.”