Bill Cosby on Sunday chewed out Howard University, accusing the school of violating Phylicia Rashad’s “freedom of speech” after she came under fire for tweeting support of his release from jail.

“Howard University you must support ones Freedom of Speech (Ms. Rashad), which is taught or suppose to be taught everyday at that renowned law school, which resides on your campus. This mainstream media has become the Insurrectionists, who stormed the Capitol,” Cosby’s statement reads. “Those same Media Insurrectionists are trying to demolish the Constitution of these United State of America on this Independence Day. NO TECHNICALITY — IT’S A VIOLATION OF ONES RIGHTS & WE THE PEOPLE STAND IN SUPPORT OF MS. PHYLICIA RASHAD.”

Rashad, who was recently named the dean of Howard University’s College of Fine Arts, on Friday apologized after receiving backlash and calls to resign from Howard alumni and others over an earlier tweet in support of Cosby after his 2018 conviction was overturned by the Pennsylvania Supreme Court. 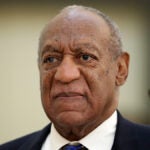 “This week, I tweeted a statement that caused so much hurt in so many people — both broadly and inside the Howard community,” Rashad wrote. “I offer my most sincere apology.”

The actress faced almost immediate backlash for her tweet, which read: “FINALLY!!!! A terrible wrong is being righted- a miscarriage of justice is corrected!” Within a few hours, Rashad posted a follow-up tweet explaining her post “was in no way intended to be insensitive” to survivors of sexual assault. 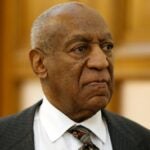 Cosby has denied all of the accusations of nonconsensual sexual advances from his 60 accusers, issuing a statement on Wednesday in which he condemned the media for “pushing” certain rhetoric against him.

Meanwhile, Cosby’s spokesperson, Andrew Wyatt, has hinted that the comedian could be planning a tour for a new one-man show. “A number of promoters have called. Comedy club owners have called. People want to see him,” Wyatt told Inside Edition.