Bill Cosby was released from prison on Wednesday and be a free man after Pennsylvania’s highest court overturned his 2018 sexual assault conviction.

The 83-year-old comedian has served three years of a three- to 10-year prison sentence in state prison over a felony sexual assault charge 2018. In overturning the conviction the state Supreme Court ruled that Cosby cannot be retried on the same charges.

In a tweeted statement, Cosby hailed the decision. “I have never changed my stance nor my story. I have always maintained my innocence,” he wrote. “Thank you to all my fans, supporters and friends who stood by me through this ordeal. Special thanks to the Pennsylvania Supreme Court for upholding the rule of law.”

In a statement, Constand and her lawyers called the ruling his release “disappointing” and feared that the decision “may discourage those who seek justice for sexual assault.”

While a Pennsylvania appeals court last year upheld Cosby’s conviction, rejecting his legal team’s argument that he wasn’t given a fair trial, the Pennsylvania Supreme Court found that District Attorney Kevin Steele, who arrested Cosby in 2015, was obligated to stand by his predecessor’s promise not to charge Cosby with any crimes when the comedian agreed to give potentially incriminating testimony in Constand’s civil case.

The court called Cosby’s arrest and later conviction “an affront to fundamental fairness, particularly when it results in a criminal prosecution that was forgone for more than a decade” and argued that “fair play and decency” required the DA to honor his predecessor’s agreement.

Cosby has long maintained his innocence against accusations of sexual assault. 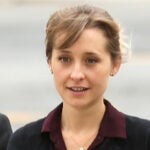 Also Read:
Allison Mack Sentenced to 3 Years in Prison for Her Role in NXIVM Cult

Cosby, once considered “America’s Dad,” was one of the first and highest profile #MeToo cases of the last few years, and his conviction represented a sea change in how the culture approaches issues of sexual violence.

Bill Cosby was convicted in 2018 of drugging and sexually assaulting a former Temple University employee, Andrea Constand, at his home in 2004. (A previous 2017 trial — which notably did not allow the testimony of five “prior acts” witnesses who testified that they were drugged and sexually assaulted in ways similar to what Constand recounted — ended in a hung jury.) Though the case involves just one woman, at least 60 women have come forward to accuse the former entertainer of sexual assault.

Cosby in 2019 claimed his trial was a “set up” and said he would not say he has any “remorse” when he came up for parole.

“When I come up for parole, they’re not going to hear me say that I have remorse. I was there. I don’t care what group of people come along and talk about this when they weren’t there. They don’t know,” he said during a wide-ranging interview with Black Press USA from a maximum-security penitentiary in Pennsylvania back in 2019. 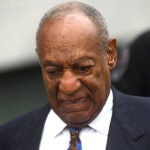