Bill Cosby is back in the hot seat, as Judy Huth’s civil lawsuit against the disgraced actor is set for trial, with opening arguments on June 1 in Los Angeles. Jury selection begins May 24 in LA Superior Court and could last up to a week.

The Canyon Lake woman alleges that the actor and comedian sexually assaulted her at the Playboy Mansion in 1974, when she was 15 years old.

The 84-year-old Cosby is legally blind and not expected to appear in court for the trial, which may last two weeks. 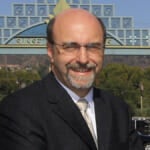 Cosby was previously deposed in the case in October 2014. Huth initially said that the alleged assault took place in 1975 but later revised the timeline to 1974, prompting Cosby’s team to unsuccessfully bid to have the case thrown out of court.

Huth claimed that Cosby brought her to the Playboy Mansion in 1974, instructing her to say that she was 19 if anyone asked. 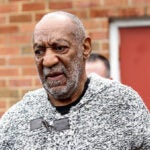 Huth has said that the alleged incident took place in 1975, after revising the timeline from her initial claim that she has been assaulted in 1974. The change of dates led to Cosby’s team launching an ultimately unsuccessful bid to have the case thrown out.

Cosby has long maintained his innocence against accusations of sexual assault. His spokesperson, Andrew Wyatt, told TheWrap that “This is a trial by assassination of Mr. Cosby’s legacy and livelihood,” adding his belief will be fully “vindicated.”

Cosby was released last June after he served three years of a three-to-10-year state prison sentence over a felony sexual assault charge from 2018. In overturning the conviction, the state’s Supreme Court ruled that Cosby cannot be retried and that the prosecutor who brought the case was bound by an agreement from his predecessor to not bring charges.

The U.S. Supreme Court declined to hear the case, leaving in place a decision by Pennsylvania’s highest court to throw out his conviction and set him free. 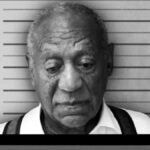