A version of this story about Bill Hader and “Barry” first appeared in the Comedy & Drama issue of TheWrap’s awards magazine.

Three seasons into his acclaimed and Emmy-winning HBO series “Barry,” co-creator/star/writer/director/showrunner Bill Hader still feels like he’s figuring it out.

For the dramedy’s new season, Hader directed five episodes in total (and for the upcoming fourth season he’s directing all episodes), and yet despite his growth as a filmmaker he still vacillates between confidence and insecurity. “I feel like in one way I’ve gotten more confident and in another way I’m still completely figuring it out,” Hader said with a laugh. “But I feel that way about acting as well, and writing. There’s always a level of confidence the more that you do it, but then within that there’s always moments where you go, ‘I have no idea what I’m doing.’”

Critics and viewers would argue Hader knows exactly what he’s doing. “Barry” Season 3 is the best-reviewed season of the series so far as it found the show digging deeper into the darker depths of this “hitman-turned-actor” story. Not to mention ditching some of the foundational hallmarks of the series – namely Gene Cousineau’s (Henry Winkler) acting class. 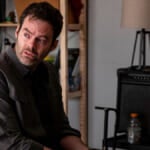 Also Read:
‘Barry': Bill Hader Breaks Down the Season 3 Finale and That Ending

“It was almost like writing a different show,” Hader said of crafting the new season. “The tentpole things were there, but it took a while to get to the deeper meaning of things and to hone it. The scary thing about writing is you can go, ‘We got it!’ and high five each other, and then two weeks later you go, ‘What the hell is this? This is awful,’” he said with a laugh.

That “different show” vibe extended to Hader’s lead character of Barry, who spends much of the season feverishly trying to atone for murdering acting teacher Gene’s girlfriend by restoring his acting career. “I always said Barry looks crazy all season, I just remember I kept repeating that in the writers room,” Hader said. “I’m like, ‘I’m gonna look nuts,’” he added with more laughter.

“He has all these plates spinning and they’re falling and smashing on the ground left and right and he’s flipping out,” Hader said of his performance this season, which feels not dissimilar from watching someone have a season-long panic attack.

But getting the episodes to a place where he was happy took some work. Hader described the “constant feeling” of not wanting to get too excited about the season as they were writing, noting the importance of putting the script “up on its feet” to see how the actors feel. “And you have really smart actors who understand their characters so you’re able to work with them, especially people like Anthony Carrigan and Sarah Goldberg who have really great input into their characters,” he said.

In Season 3, that “honing” actually translated to going back for two weeks of additional photography in February of 2022 to further tighten up the story. “All the reshoots that we did in February, which were like two weeks of reshoots, affected Episodes 1 through 6 and it was pretty extensive in some cases,” Hader revealed. “[Episode] 3 was probably the biggest. And it was just looking at everything cut together and being like, ‘Yeah this doesn’t feel right.’ And luckily HBO was supportive, so we went back and did it.” 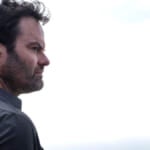 That willingness to keep pushing the storytelling was key to making Season 3 as fulfilling as it is, and Hader said it’s important to acknowledge as a showrunner that you don’t always have the right answer. “You have to say, ‘I don’t know everything,’” he said. “You have to be open to what other people are gonna say because I’m wrong just about as many times as I’m right. That’s why you have smart people around you to ask, ‘Does that work?’ and they go, ‘Eh… let’s try something else.’”

Hader directed more episodes of “Barry” this season than any season before, including the standout Episode 6 which features a hilarious and thrilling motorbike chase that is as unique as it is memorable.

“I like a good chase sequence,” he said of his inspiration for the set piece. “I love ‘Road Warrior’ and ‘Mad Max’ and those things. ‘Mad Max: Fury Road,’ I think I’ve seen that a dozen times. But it was kind of going, ‘Yeah, I’ve seen that before, let’s try it this way and see how it works.’ I think the impetus of it was doing a chase scene, but not making it feel genre. Not making it too actiony.”

His approach to shot construction and design as a director is an instinctual one, which he credits to his lifelong voracious appetite for consuming films. “I do think since I was very young, because I watched a lot of movies, I was always thinking of shots,” he said. “Always thinking of camera angles. When I’m writing I’m thinking in terms of, ‘Oh, it would go from this shot to then this shot, and then over here to this,’ and that would tell the story visually.”

For Hader, it all boils down to one simple thing: “It’s all about just telling a story.”