“The View” postponed Wednesday’s interview with Andrea Mackris, the woman who accused Bill O’Reilly of sexual harassment, after becoming aware of a restraining order he filed against her Tuesday night.

“We were notified late yesterday about a temporary restraining order issued by a court against Andrea Mackris. We decided to postpone her interview pending further developments.  We look forward to welcoming her to ‘The View’ at a later date,” a representative told TheWrap Wednesday after a notice went out to media that Mackris would not appear on the daily talkshow. 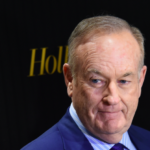 Mackris recently ignored her years-long non-disclosure agreement and gave a full interview to The Daily Beast outlining the process by which she settled her sexual harassment claim against O’Reilly for $9 million in 2004, when he was a top star at Fox News, and the impact that it’s all had on her life since.

“An experienced and highly respected Justice of the New York Supreme Court issued an order restraining Ms. Mackris from further violations of the Settlement Agreement with Mr. O’Reilly after learning of The Daily Beast interview with Ms. Mackris and its follow up pod-cast,” an attorney for O’Reilly said in a statement to TheWrap. “Although TDB was fully aware of the contractual restrictions on Ms. Mackris, they proceeded with the programs giving Ms. Mackris a platform to breach her agreement.”

The attorney went on, “Ms. Mackris cannot unilaterally decide that she no longer wants to honor its terms without consequences. And third parties, including news organizations, who encourage and/or induce a breach of such an agreement will similarly be held accountable for their actions.”

“Here was my boss, a man who held my career and future in his hands, acknowledging that he knew I’d never consented but he didn’t care,” Mackris said in the Beast interview.

“I didn’t release a statement, he did. It was part of the NDA on October 28, 2004,” the former Fox News producer said. “I had no choice, no way out. He uses it to abuse me. That same document says Bill won’t breach, which he’s done over and over, calling me a liar. It cuts both ways.” 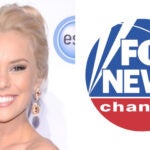 O’Reilly was fired from Fox News over sexual harassment accusations in 2017. In 2004, Mackris was 33 years old and had worked under O’Reilly at Fox News — then helmed by late founder Roger Ailes, who was also ousted after sexual harassment accusations in 2016 — for four years. Some details of her accusations have been widely known for years, like O’Reilly describing how he wanted to soap her down with a “falafel thing,” by which he meant a loofah.