Bill O’Reilly was caught on video cursing at and threatening a JetBlue worker — then denying he did that and attempting to blame the worker — at JFK Airport in New York after his flight was delayed by several hours.

In the video, filmed earlier this month by another passenger, the former Fox News host can be seen going back and forth with an airport employee about a Turks and Caicos-bound flight. Their voices became audible as the exchange escalated into an argument, with O’Reilly demanding that the employee contact a manager.

“We need to know what you’re going to do,” he can be heard saying. “It’s three hours late now.”

When the employee started to respond, O’Reilly held up a hand to silence him. “No no no,” he said, pointing a finger at his chest. “You’re gonna find out.” 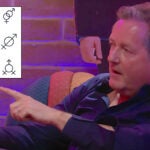 Things got even more heated when he leaned over to read the employee’s name tag and said, “you’re lucky I don’t put my fist through it.” In response to the worker’s inaudible reply, he then began cussing him out: “You f–ing scumbag, don’t talk to me like that.”

“You’re threatening me with violence, man,” said the worker, which O’Reilly denied, stating: “You’re the one – I dare you? I dare you? Is that what you said to me?”

Onlookers watched O’Reilly leave the counter as he got the worker’s information and told him, “You’re gonna lose your job.” 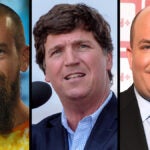 Speaking to Mediaite about the incident, O’Reilly said that he handled the situation “poorly” but notably did not apologize for the outburst or the threat against someone for doing their job.

“The story is JetBlue can’t get their flights off the ground. It was crazy in the terminal,” he told Mediaite.

Shortly after DailyMail.com released a video of O’Reilly’s tantrum, he wrote on Twitter: “The character assassins on social media completely lying about my interaction with a JetBlue guy who misled passengers during a five-hour delay. We’ve covered on http://BillOReilly.com. I expected this.”

On social media, users reacted to the video by recalling an infamous video of O’Reilly from the early ’90s, in which the “Inside Edition” anchor loses his temper after a teleprompter malfunction. His phrase “F– it! We’ll do it live” went viral in 2008 when a user uploaded a video of the meltdown titled “Bill O’Reilly Goes Nuts.” 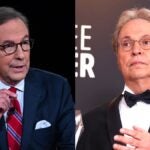 O’Reilly was of course fired in 2017 after decades at Fox News after it came out that the network had paid millions of dollars to settle multiple sexual harassment accusations brought against him by former employees.