When Wallace brought up the slap, he said to Crystal: “You would take shots at the stars when you were hosting, but it was gentle and it was affectionate, and you had this sense of this mutual respect and good fellowship on your side of the footlights and their side of the footlights. First question: Do you think Chris Rock’s joke about G.I. Jane was over the line?”

“I just thought it, one, it wasn’t a great joke, and two, it was why, why go after her, you know, so I thought it just misplaced,” Crystal replied. “And I love Chris and we’re friends and I so respect him. I just thought it was wrong.” 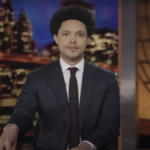 Also Read:
Trevor Noah Mocks Will Smith’s Oscar Ban: ‘I Wish I Could Get Banned From the Emmys’ (Video)

Crystal confirmed to Wallace that he was watching live, and then Wallace asked what Crystal’s thoughts were as the scene unfolded on TV.

“Uh, oh. Uh-oh. And then, you know, fortunately, you know, it was a horrible thing. It’s, and it’s it’s a crime,” Crystal replied. “The fortunate thing is he, it wasn’t a closed fist, because then you might have had a Kermit Washington situation if… It’s a basketball reference. Rudy Tomjanovich, when he just destroyed him.

“I thought Chris handled himself as well as he could to keep it together,” Crystal continued. “It was a shocking moment that I was concerned very much for the mental state of Will. That’s what, I was kind of very worried and concerned and shocked by the aftermath of that, too.” 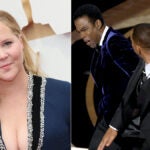 Also Read:
Amy Schumer Knows Why Chris Rock Could Just ‘Stand There and Get Hit in the Face’ by Will Smith

This isn’t the first time Crystal has gone on the record about the slap.

According to Insider, Crystal called the slap “a most disturbing incident” on Bob Costas’ HBO Max talk show “Back on the Record.”

“It was an assault. I’ve had experiences, I’ve hosted the Grammys three times, and I’ve been thrown things,” Crystal said. 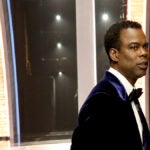