Peacock is developing the showbiz family drama “Fruits of They Labor” from Billy Porter and Greg Berlanti, the streamer announced Friday.

The drama centers on three generations of an African-American showbiz dynasty navigating their way through life, love, politics and career. Porter, who is coming off of three seasons on FX’s “Pose,” is co-writing the drama with Dan McCabe, but is not expected to star.

Porter and McCabe will executive produce alongside Berlanti, Sarah Schechter and David Madden of Berlanti Productions. Warner Bros. Television is the studio. Jonathan Gabay will produce. 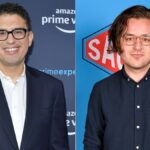 Billy Porter has several projects in the pipeline, including the “Cinderella” remake starring Camila Cabello at Amazon and Greg Berlanti’s “Little Shop of Horrors” movie, which will feature Porter as the voice of Audrey II. He is also set to make his feature directorial debut with the coming-of-age romance “What If?” for Orion Pictures.

“Fruits of They Labor” joins a number of newly announced projects at Peacock over the last week, including the eight-episode dark comedy “The Resort” from “Palm Springs” writer Andy Siara and Sam Esmail and the mysterious drama “Mrs. Davis” from Damon Lindelof and “Young Sheldon” writer Tara Hernandez.