Set in the not-too-distant future, Duplass and Brown play the last two men on earth who must adapt and evolve to save humanity.

“Biosphere” premiered at the Toronto Film Festival in September to a strong audience response and enthusiastic reviews. 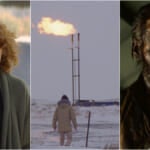 “We are thrilled to work with producer Mel Eslyn again to bring her extraordinary feature directing debut out into the world and could not be more excited to work with her partners, Mark and Jay Duplass,” Arianna Bocco, President of IFC Films, said in a statement. “Mark and Jay are exactly the kind of partners you dream of working with in this business as they are committed to supporting new talent and original projects. BIOSPHERE is a prime example of this creative team and their ability to brilliantly push the envelope, and with Mark opposite the talented Sterling K. Brown, the film is guaranteed to steal hearts.”

Added Eslyn: “I’ve had such a long history with IFC as a producer. I’m so excited to get to partner with them on my feature directorial debut; it feels like coming home.” 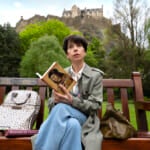 As a producer, Eslyn has been behind notable films including the 2014 Sundance hit “The One I Love,” Clea DuVall’s debut “The Intervention,” Lynn Shelton’s “Outside In,” Natalie Morales’ “Language Lessons” and Roshan Sethi’s award-winning “7 Days.” In 2016, she took home the Independent Spirit Producer’s Award. On the smaller screen, her television producing credits include HBO’s “Room 104” on which she also frequently wrote and directed. Most recently she produced the breakout HBO comedy “Somebody Somewhere” as well as Sam Jones’ latest documentary “Tony Hawk: Until the Wheels Fall Off.”

IFC Films recently released the Duplass Brothers-produced “Spin Me Round,” directed by Jeff Baena. The company has a long history with Mark Duplass, most notably having released the late Lynn Shelton’s beloved film “Your Sister’s Sister” starring Duplass, Emily Blunt and Rosemarie DeWitt.

The deal for the film was brokered by IFC Films’ SVP of Acquisitions and Production Scott Shooman with CAA Media Finance on behalf of the filmmakers.

Also Read:
‘Tár’ and ‘Everything Everywhere All at Once’ Lead Gotham Awards Nominations: Complete List
x