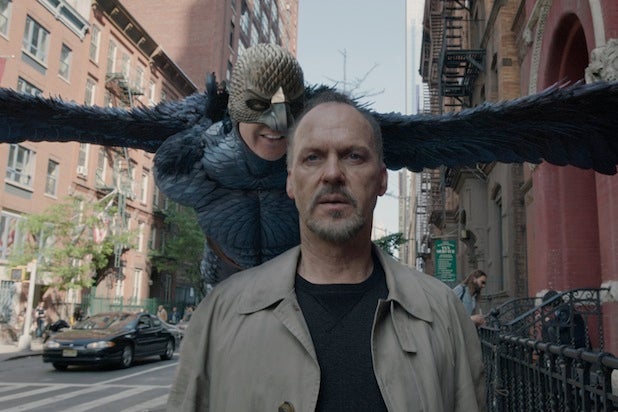 “Birdman” was named the best-produced feature of 2014 at the Producers Guild Awards on Saturday night, giving the daring Alejandro Iñárritu film new life in the Oscar race for Best Picture.

“Boyhood” was considered the most likely PGA winner and the Oscar leader, but the critical favorite now finds itself in the same spot “The Social Network” was in four years ago. That film swept the critics’ awards and the Golden Globes, but then lost the PGA to “The King’s Speech,” which rode a string of guild wins to victory at the Oscars.

The Producer Guild Awards is the only other film award that counts its best-picture ballots using the Academy’s preferential system, which rewards a film that can craft a consensus among all voters.

Since the PGA and the Academy instituted the system in 2009 as they both expanded from five to 10 nominees, no film has won the Best Picture Oscar without first winning the Producers Guild Award.

“Birdman” would be as unconventional an Oscar winner as “Boyhood,” but its ability to come out on top at the PGA is a significant victory that throws the Oscar race into disarray.

The other two feature-film awards both went to movies that Academy voters had shockingly deemed unworthy of nominations. In the animated-feature category, the prize went to “The Lego Movie,” while the documentary-feature award was given to “Life Itself.”

“Breaking Bad” and “Orange is the New Black” won in the television drama and comedy categories, respectively, while the long-form TV award went to “Fargo.”