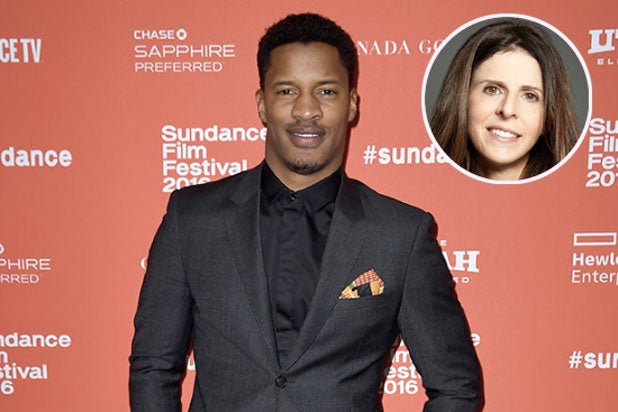 Fox Searchlight’s plan to bring “The Birth of a Nation” director Nate Parker and his film to colleges across the country this fall should include discussions of both slavery and campus sexual assault, Oscar-nominated filmmaker Amy Ziering told TheWrap.

Ziering, who produced the documentary “The Hunting Ground” about sexual violence on U.S. college campuses, said that the upcoming promotional tour for “Birth” should expand its focus in light of the resurfacing of a sexual assault case involving Parker. The actor-director was acquitted of charges that he raped a fellow Penn State student in 1999.

“If a film like this could prompt greater awareness about both issues, it would be a win-win,” Ziering told TheWrap on Wednesday.

“The win here would be to screen the film and allow it to spark frank, unflinching and necessary discussions about slavery and its grim legacy — at the same time inviting campus communities to engage in equally unflinching and honest conversations about campus assault,” Ziering said.

BazanED declined to comment on the status of “The Birth of a Nation” lecture tour, and would not comment on what colleges have already committed to hosting events.

Fox Searchlight did not immediately return TheWrap’s request for comment on the matter.

The planned campus series also has support of the American Library Association and The United Nations Remember Slavery Programme, and was billed in a July press release as “a nationwide lecture series and community-building initiative, ‘The Birth of a Nation: Slavery, Resistance & Abolition.'”

The 17-year-old Parker case resurfaced during recent press for “The Birth of a Nation,” of which he is the writer, director, producer and star. The film was a sensation at this year’s Sundance Film Festival, fetching an historic $17.5 million for distribution rights.

On Tuesday, news broke that Parker’s accuser had committed suicide in 2012. As a result, the director posted a lengthy emotional response to Facebook saying he was “devastated” to learn of her death.

In addition to her work as a documentarian, Ziering was crucial in the disseminating the story of a campus assault survivor from Stanford University in June — which became a global news sensation for the woman’s harrowing account of assault and recovery, and sparked outrage over the leniency showed to her attacker by the judge.