Bitch Media — an independent media organization whose mission was to offer a feminist response to pop culture and society at large — will be ceasing publication in June. The publication’s Twitter announcement was widely shared as readers and writers alike mourned the loss of an outlet that championed cultural nuance, incisive takes and deep-dives.

“Recent years have brought a multitude of challenges to our organization, and despite incredible effort, we have concluded that we are unable to sustainably continue creating the quality content that our readers and supporters expect,” the statement read on their website. “It is with very heavy hearts that we tell you that Bitch Media will cease all operations in June, 2022.”

Since 1996, Bitch has cultivated a flagship magazine, website, podcasts, coveted writing fellowships, campus programming and with the goal of shaping a “media and pop-culture landscape where feminist perspectives are embraced, rather than sidelined.” In 2001, the outlet officially became a nonprofit organization, and in 2009, changed its name from Bitch to Bitch Media to signify itself as a multimedia organization in addition to a magazine. 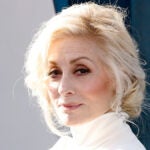 “We feel incredibly lucky to have turned what was once a stapled-together zine into a media organization that published a talented and diverse slate of new voices and inspired an incredible amount of loyalty from people who became not just readers but stakeholders in our work,” the statement continued. “And we are proud to leave a quarter-century legacy as a fresh, revitalizing voice in both contemporary feminism and independent publishing. We will miss all those who accompanied us on this journey. Thank you for everything.”

According to the statement, subscribers — of both Bitch and its monthly membership service Rage — have been notified of cancellations and any prorated refunds. BitchMedia.org will continue for the “foreseeable future” to serve as a digital archive.

Longtime readers and writers — some of whom got their freelancing start at the publication — lamented the news on social media. “​​Bitch never published a bad take and had some of the best culture writing out there,” wrote NBC News’ Morgan Sung. “This is such a loss.” 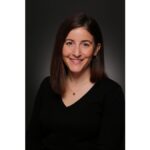 Also Read:
Netflix Promotes Emily Feingold to VP of Communications for US and Canada

“I hope we can create more publications that are as welcoming and thoughtful as Bitch Media—ones that challenge the status quo with integrity and nuance, ones that feel less like journalism machines and more like communities, ones that focus on having all voices heard,” added Uproxx writer Danielle Chelosky.

Many thanked Bitch Media for its contribution to leftist political discourse, commitment to intellectual reporting and reviewing and serving as a mainstay as an independent, integrity-driven publication.