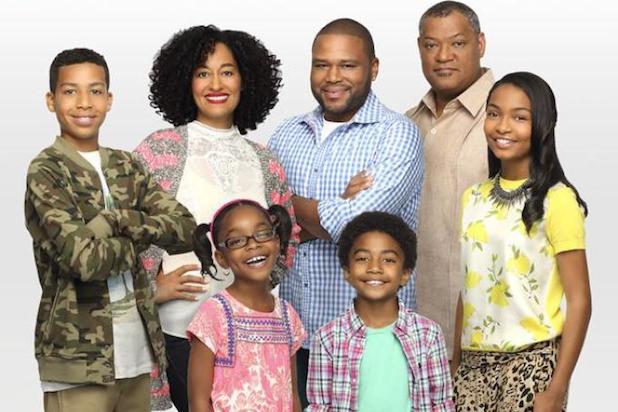 “Black-ish” goes after some very specific stereotypes. One of they key jokes on the show’s pilot is about a white child’s assumption that an African-American family will have grape soda in the fridge — and the offense the father, played by Anthony Anderson, takes at that assumption.

The show is built around specific jokes because of creator Kenya Barris’ belief that the best comedy comes from real moments and real life. It’s also one of the mantras from ABC entertainment chief Paul Lee this season as he unveils a 2014-15 slate with several shows — including “Black-ish” and “American Crime” — that are explicitly about specific families’ experience with race and racial stereotyping.

Broadcast shows need to tell universal stories, and one of the best parts of “Black-ish” is that it manages to tell specific jokes while focusing on a family dynamic nearly anyone can relate to. It’s about generational differences as much as cultural ones, and many of the jokes are about the interplay between Anderson and his TV dad (Laurence Fishburne), and about he and his wife (Tracee Ellis Ross) trying to understand their kids.

We talked with Barris about why he wanted his show on ABC, what it’s like to get the plum slot after “Modern Family,” and why the time is right for “Black-ish.”

TheWrap: This feels like a something-for-everyone show. It’s through the lens of this family, but they’re talking about their place in the world, which means everyone has a way in.
Barris: That’s what I feel. We feel like it has a universality and specificity.

Even if you’re white, you can recognize the dad’s pain: It would hurt to get the sense that your family is embracing another culture and forgetting your own.
Yeah, and if you’re white there’s something you can look into or your parents can look into with something that they used to have. As the generations go along they’ve sort of lost a little bit of that.

And the kids are so unflappable.
Absolutely. It’s a very homogenized society we’re living in. It’s the part that’s hard for the older generation to deal with, which makes for a good conflict for the show.

You also just have good jokes. The timing in the grape soda thing –
[Laughs.] That’s basically the whole premise of the show. That soda’s in a nutshell what the show is.

Why do you think this is getting on the air now?
I think timing is everything. … We’re living in this quote-unquote post-Obama, post-racial world. Race is being talked about less than ever in some aspects but more things are happening, between Sterling and New York and Trayvon Martin and Ferguson. There’s just a lot going on. I think it’s coincidental timing but I think we’re at a place where — our show is not about race. Our show is about culture and identity. But we’re in a place where our cultures and identity as a country are more layered and combined than they ever have been.

So let’s talk about it and do it in a funny way, and do it through the eyes of a family which is based around my family, Anthony’s family, Laurence’s family, and [executive producer] Larry Willmore’s family. Let’s take these ideas of what a family is and use it as a pulpit to have real conversation in a funny way.

Do you think this show is getting a better chance because ABC is in fourth place, and willing to try something that they weren’t before?
We knew we wanted to be with ABC. Because we knew we wanted to do a family show and that’s what ABC does really really well. And Paul Lee embraced us with that post-“Modern Family” slot. That night we have a night of four comedies in a row, and each comedy has its own proprietary voice and unique take on what family is in this country. … I really am proud of my pilot. I feel like it stands up not just as a pilot with people of color in it. I think it stands up in its class.

It does.
In that aspect, I think whether it’s a black show or a show with a diverse cast, I think it stands on it’s own, and hopefully that’s what it’s judged by.

But at the same time I think “Scandal” has incredible numbers and I think the audience is sort of underserved. For the network president to say I want to serve this underserved audience that’s been good to my network, I think it’s smart and I think it’s conscientious to your fan base.

How much did “Scandal” help?
I think Shonda Rhimes as an entity has helped my career. She is a voice that speaks beyond being a black writer and she’s just a writer and she has a very clear-cut vision of what she wants to do. And I think that vision has opened so many doors for me. She has been very gracious as a writer to me. She’s given me a lot of great pieces of advice. As an ambassador to ABC she’s been amazing to me.

What’s next after the pilot? It has such a clear resolution it almost could be a movie.
We want to do some great episodes. We want to talk about not just race, culture and identity. The wife on the show is based on my wife, she’s an anesthesiologist, and she’ll come home sometimes and sit on the couch, and I’ll say, “I’m hungry.” And she’ll be like, “Me too! What do you expect me to do? I just came home from saving lives.” So we’ll talk about what it’s like to have a wife with a high-profile job. A lot of career women come home, and then their second job of being a mom starts.

And also about realizing your kids are not what you think they were. That’s why family shows are so amazing, because the stories never stop.

Given your slot after “Modern Family,” do you feel like this is kind of the show people are talking about this season?
I would hope so. You think if you get that spot there has to be some energy behind it. But when you get the big shot, everyone loves you if you make it but they hate you if you miss it.