Making a “Black Panther” sequel without its Black Panther — following the tragic and untimely death of Chadwick Boseman in 2020 — was always going to be a challenge, and it’s a testament to director and co-writer Ryan Coogler that “Black Panther: Wakanda Forever” is as entertaining and affecting as it is.

At the same time, like so many sequels before it, “Wakanda Forever” doesn’t land with the same power as its predecessor. That can be partially pinned on the issues that plague any second chapter, where the freshness of the first film has been incorporated into popular culture, but there’s more to it: This is a movie that wants to wrap its arms around grief and loss, and to consider the transfer of power in a royal family, while also introducing a new corner of the Marvel Cinematic Universe that necessitates origin stories for a major character and his heretofore hidden kingdom.

It’s a lot to ask of any movie, and while “Wakanda Forever” gives power to each of these plot threads (if not necessarily evenly), it doesn’t quite figure out how to weave them together into one satisfactory whole. There’s a great deal to enjoy here, and fans of “Black Panther” won’t necessarily leave feeling disappointed, but there’s a sense of strong elements not quite coming together. 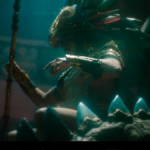 We open in a Wakandan laboratory, where an off-screen T’Challa is fading fast; despite the efforts of a desperate Shuri (Letitia Wright), the king dies. There’s little time for the nation to grieve, however, as a squad of soldiers attempt to steal vibranium from a Wakandan lab facility and, elsewhere, a US deep-sea research station looking to mine vibranium is destroyed by a mysterious force. (Vibranium is the source of the kingdom’s power and, prior to this movie, was available only in Wakanda and in Captain America’s shield.) Wakanda delivers the soldiers (handily captured by the kingdom’s fearsome Dora Milaje security force) to the UN as a warning to nations seeking to get their hands on the precious metal, and thus the kingdom is also blamed for the other massacre as well.

The ocean attack, however, was engineered by Namor (Tenoch Huerta, “The Forever Purge”), ruler of the undersea kingdom of Talokan (changed from Atlantis in Marvel Comics; the name is inspired by Tlālōcān, a paradise ruled over by the Aztec rain and fertility god, Tlāloc), also powered by vibranium. Namor’s subjects were once indigenous people of Central America who were exploited by colonizers until they discovered a vibranium-enriched plant that allowed them to live underwater, which provided them with a means of escape from their oppressors. Because Namor’s mother became pregnant with him on dry land before giving birth to him in the sea, he alone has the power to breathe in both places. 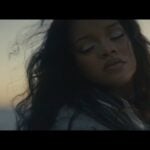 Namor appeals to Queen Ramonda (Angela Bassett) to combine the armies of Wakanda and Talokan in a united front that will take on the rest of the world that is out to rob them of their resources. When she refuses, he demands that Wakanda surrender to him the inventor of the vibranium detector he seized from the research station, or Talokan will declare war on Wakanda. This sends Shuri and Dora Milaje leader Okoye (Danai Gurira) in search of a scientist who turns out to be an MIT undergrad: Riri Williams (Dominique Thorne, “Judas and the Black Messiah”), who created the vibranium detector as a class project but has a few more high-tech devices up her sleeve.

The globe-trotting plot reunites the Wakandans with several familiar characters — spy Nakia (Lupita Nyong’o), Jabari ruler M’Baku (Winston Duke) and CIA agent Everett Ross (Martin Freeman) are all back — but “Wakanda Forever” constantly comes back to the grief and mourning of T’Challa’s mother Ramonda and his sister Shiri. (As in “Black Panther,” women run the show in Wakanda, and in “Wakanda Forever.”) Whatever choices they and the other characters make — love or vengeance, war or peace, duty or obedience, nationalism or globalism — come down to how (or even whether) they have processed loss in their respective lives.

Heady stuff for a superhero movie, and Coogler and co-writer Joe Robert Cole juggle tragic real-life circumstances with the requirements of a superhero movie — within individual scenes, in any event. The balance also gives this talented cast more to work with than the usual “invade the fortress and capture the device” plotting so prevalent in the genre, even though some major narrative elements are overlooked or completely ignored. 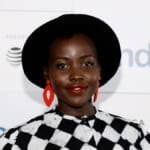 Also Read:
Lupita Nyong’o in Final Negotiations to Star in ‘A Quiet Place: Day One’ for Paramount

On the visual front, the first “Black Panther” mixed the Afro-futurist splendor of Wakanda with some very ones-and-zeroes sequences where the CG imagery was pretty obvious, and “Wakanda Forever,” with cinematographer Autumn Durald Arkapaw (“Loki”) stepping in for Rachel Morrison, offers similar high and low points. The introduction of Talokan is a bit of a let-down; while Wakanda offers a vibrant African nation that combines traditional colors and textiles (Ruth Carter’s costumes once again dazzle) with the most advanced high-tech science, this ancient undersea kingdom reads more like a Cirque du Soleil show than a hidden global superpower.

Much of “Wakanda Forever” plays like a first act that takes forever to get going, and it’s not until the long-promised clash between the forces of Wakanda and Taloka at the film’s climax that the various pieces of the story really come together with a flourish. It’s exciting to see a fighting force that can actually give the skillful Dora Milaje a run for their money, and returning composer Ludwig Göransson and a team of editors help to make the action sequences consistently thrilling. But the film’s interest over who will inherit the mantle of Black Panther overshadows who will assume the throne of Wakanda, even though both are essential elements of the story being told.

The future, of course, plays a major role in any MCU movie, since each film and TV show is constantly laying the groundwork for what comes next. And by the end of “Wakanda Forever,” there are certainly major changes in place that will impact the upcoming chapters of this ongoing narrative. This film might not have the paradigm-shifting power of “Black Panther,” but it’s more than just a place-holder for what’s to come.