Twenty-eight of the 100 most popular films of 2021 — including blockbusters “Black Widow” and “Eternals” — have earned the Reframe Stamp, a mark of distinction for projects that have achieved gender parity in hiring, Reframe and IMDbPRO announced Tuesday.

The number represents a 3.4% decrease from last year’s list, which featured a record high of 29 “Stamped” films, according to the organizations annual report. However, the new number represents a 133% increase from the first Reframe Stamp report in 2017, when only 12 films made the cut. Reframe’s report also said that the number of female directors of the 100 most popular films has declined slightly in 2021 but continues sustained growth.

However, the study says the same growth has not been achieved in other key roles including cinematographers, composer and VFX supervisors. 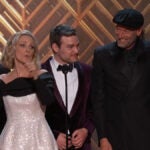 According to its website, the ReFrame Stamp is awarded to “narrative and animated features that hire women or individuals of other underrepresented gender identities/expressions (including those who are non-binary or gender non-conforming) in four out of eight key roles including writer, director, producer, lead, co-leads, and department heads. Additional points are awarded to productions that hire women of color in key positions, and to those with overall gender parity in their crews.”

ReFrame, founded and led by Sundance Institute and Women In Film, said in a statement that it makes its Stamp decision based on analysis of data provided by IMDbPRO, including a list of the 100 most popular films of 2021 based on actual page views of more than 100 million visitors to IMDb worldwide.

“Reviewing each year’s most popular films through this lens gives us a snapshot of how much further we need to go to reach gender parity,” said ReFrame director Andria Wilson Mirza in the statement.

“In the past five years, increased research, investment and industry initiatives have contributed to sustained growth opportunities for women directors, but women cinematographers, composers, and those in the VFX field remain seriously underrepresented,” Mizra added. “Consider reframing the findings this way: of the 100 most popular films last year, 94 had male cinematographers, 97 had male composers, and 91 had male VFX supervisors.” 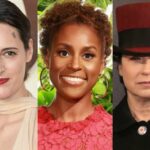 Additional key findings of the report include:

In a studio-by-studio analysis, Disney and its subsidiaries released the highest percentage of Stamped films: of their 15 releases that made the Top 100 List, 7 earned the Stamp (46.7%). Netflix had the most entries on the Top 100 list with 28 films, and the most Stamps earned of any single studio with 10 (35.7%).

For the complete list of Reframe Stamp recipients, read the full report here.