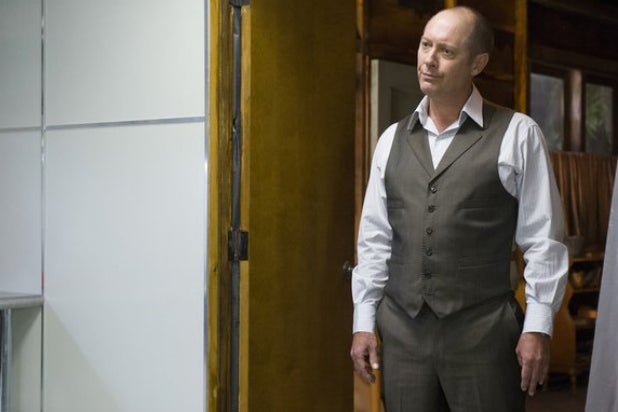 NBC has renewed freshman series “The Blacklist” for a second season.

Following its highly-watched midseason finale, the network has given it a full 22-episode order.

With the help of its “Voice” lead-in, “The Blacklist” has become broadcast TV’s No. 1 new drama in the advertiser-coveted Adults 18-49 demographic and in total viewers. The series also tops the season for both same day and record-setting seven-day delayed DVR viewing.

Currently, it averages a 4.9 rating/13 share. Of the four major broadcast networks, it is the No. 2 scripted series in the 18-49 demo.

“The success of ‘The Blacklist’ demonstrates that inspired storytelling is alive and well in broadcast television, and I’m impressed on a daily basis by this creative team’s imagination and the extent to which they will go to capture this grand vision on film,” NBC Entertainment chairman Robert Greenblatt said in a statement.

He continued, “With gratitude to both our partners at Sony Pictures Television and our NBC development executives who took a great script and shepherded it into a great series, I hope that Red Reddington never runs out of names to bring down on his list!”

Although its winter finale on Monday nabbed last night’s timeslot win, the series is about to face the challenge of staying on top without “The Voice’s” help when it returns in January. This early renewal represents a big sign of confidence in its staying power by the network.

NBC Entertainment president Jennifer Salke said: “We are very proud of the creative achievements of ‘The Blacklist,’ starting with creator Jon Bokenkamp and his incredible producing partners John Eisendrath, John Davis, John Fox and Michael Watkins. Our hats are off to them and to everyone in our dream cast — starting with the incomparable James Spader and Megan Boone — and our maverick pilot director, Joe Carnahan, and all of the gifted writers, producers, and directors who bring this cinematic show to life each week.”

Produced by Davis Entertainment Company in association with Sony Pictures Television, the drama stars Emmy winner James Spader. He plays “Red” Reddington, the FBI’s most wanted terrorist-turned-informant who’s keeping his reasons for doing so close to the vest.

Although the renewal comes early in the season, Fox’s “Sleepy Hollow” has the distinction of being the first new series to be renewed during the 2013 fall season.