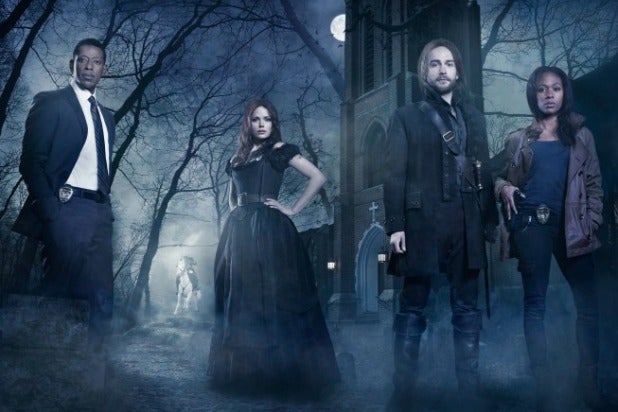 Fox has ordered a second season of “Sleepy Hollow.”

The 13-episode order — the first second-season renewal of 2013-14 — is a huge vote of confidence in the show. It comes at a time that other networks are deciding whether to give their shows full first seasons.

Also read: Fall Premieres Week 1: How ‘Sleepy Hollow’ and Other New Shows Stacked Up in the Ratings

The early order is part of Fox entertainment chairman Kevin Reilly’s effort to shake up the normal way networks do business.

“The show has proven to be a risk well worth taking – it’s a conceptual blast unlike anything else on television and it all holds together with inventive writing and a fantastic cast,” he said in a statement. “I can’t wait for fans to experience what else is in store for this fall and even more of this wild ride into Season 2.”

Including time-shifted viewing in the three days after its premiere, “Sleepy Hollow” earned a 5.0 rating/13 share in the key 18-49 demo, and 13.6 million total viewers. It was Fox’s most successful fall drama premiere since the debut of “24” in November 2001. Including the encore, three-day playback and streaming, the show has had 22 million viewers.

Co-created by Alex Kurtzman, Roberto Orci, Phillip Iscove and Len Wiseman, the show stars Tom Mison as Ichabod Crane and Nicole Beharie as the small-town police lieutenant who is the only person who believes he’s woken up fresh from the Revolutionary War. Together the battle the Headless Horseman, and worse, as they try to save the world.