Book publisher W.W. Norton said on Wednesday it halted the shipping and promotion of “Philip Roth: The Biography” after its author, Blake Bailey, was accused of rape by multiple women.

“These allegations are serious. In light of them, we have decided to pause the shipping and promotion of ‘Philip Roth: The Biography’ pending any further information that may emerge,” the company said in a statement obtained by the Associated Press.

In a report on NOLA.com, three women — who say they were all students of Bailey’s when he was an English teacher Lusher Middle School in New Orleans — accused Bailey of acting inappropriately towards them after they were students. One of the women accused Bailey of rape and a fourth accuser told the New York Times that Bailey raped her at the home of Dwight Garner, a book critic for the Times, in 2015. 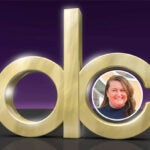 Billy Gibbens, an attorney for Bailey, told NOLA.com, “Mr. Bailey has never acted inappropriately with any student and has never received any complaints about his time at Lusher more than 20 years ago.”

He continued, “It is absurd to suggest that he was grooming students for anticipated encounters as adults many years later. The allegations in your email are false, hurtful descriptions of conduct between adults. Mr. Bailey has never treated a woman inappropriately and has never forced himself on a woman.”

Blake Bailey’s book was released on April 6 and made the New York Times best-seller list this week. The financial ramifications of the move to halt publication and promotion of the book could be large for Norton; according to the New York Times, it paid Bailey “a mid-six-figure advance” for the biography. 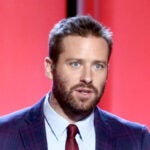 Also Read:
Armie Hammer Accused of Rape and Banging a Woman’s Head Against a Wall in 2017
x