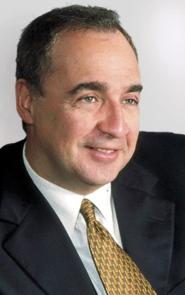 as pulled his bid to help MGM restructure its $3.7 billion debt, a source close to the situation confirmed to TheWrap.

Blavatnik’s holding company Access Industries made an offer for the cash strapped studio, but withdrew its bid from the table after the deadline passed without a decision from MGM.

Blavatnik may not be completely out of the running. Still, the prospects he will help salvage the company with a big cash infusion have dimmed.

The source put the ball squarely in the studio’s court, saying the next move is MGM’s.

Peter Chernin meeting with MGM brass led to speculation that the former Fox president might be auditioning to run the studio. A spokesperson confirmed that a meeting took place at the request of creditors, but said that Chernin is not actively pursuing heading the studio.

MGM had been seeking a bid in the $2 billion range.

Dissapointed in the offers it has fielded, the studio’s management has been pursuing a "standalone plan" as an alternative to selling MGM. In that case, MGM would need $1 billion in financing over the next 3-5 years.

Chairman Mary Parent and co-chairmen Steven Cooper have been presenting their plan to lenders such as Highland Capital, Anchorage and JP Morgan.