Note: The following contains spoilers for the ending of “Blonde” and discussion of self-harm.

Filmmaker Andrew Dominik’s Marilyn Monroe film “Blonde” is now streaming on Netflix after years of anticipation and controversy, and when it comes to depicting Monroe’s demise at the end of the movie, Dominik had to make a decision about what he believed happened to her.

As the film comes to a close, Ana de Armas’ Marilyn Monroe is in a fragile emotional state when she receives a package from former lover Cass (Xavier Samuel), which he left to her when he died. The box contains a memento from her childhood and a letter which reads, “There never was a Tearful father,” suggesting all those letters she received from her “father” were from him.

Monroe is heartbroken, and the film then shows her taking an overdose of pills, after which she dies. The closing shot of the movie conjures a famous photograph of Monroe’s body.

While theories abound that Monroe was murdered in an effort to save face for John F. Kennedy (and that theory is given credence in the source material for the film, the Joyce Carol Oates book of the same name), Dominik told TheWrap he didn’t ever consider depicting her as being murdered. 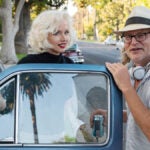 Also Read:
‘Blonde’ Director Says His Film Is Not Anti-Abortion: ‘People Feel Very Protective of Her, and I Think That’s Part of the Problem’

“I don’t believe that she was murdered. It doesn’t make any f–ing sense,” Dominik said. “There is no reason to murder her, because if she’d held a press conference and said that she’d had affairs with the Kennedys, no one would have reported it. I mean she could have literally called a press conference, and no one would have written down what she said. So it makes no sense to kill her.”

Dominik went on to explain that he believes she died of an accidental overdose, which in his opinion is a form of suicide.

“I mean, she was obviously an addict. I think she probably died of an accidental overdose, you know, which is most common thing in the world for an addict,” the filmmaker continued. “But I also think an accidental overdose is a form of suicide. You know, it’s sort of a left-handed form of suicide but the right hand doesn’t know what the left hand is doing. And in the film, I guess we just pushed it a bit harder. It was just what I believed. I think that she’s essentially a self-destructive person. I don’t think anyone can disagree with that, that she was an intensely self-destructive person. She was an addict, you know?”

As for the root of Monroe’s trauma, Dominik says it all comes back to the pain inflicted upon her by her mother.

“I think it’s really the mother. I think that if your mother wishes you to not exist, there’s a part of you that will try to fulfill your mother’s ambition and become what your mother wants you to be, almost as an act of devotion towards her mother,” Dominik explained. “I think it’s really the mother more than the father, but I think the fantasy obviously is the thing that was missing, they could have returned and fix the situation.”

The “Assassination of Jesse James” director went on to hypothesize that Norma didn’t necessarily want her father to rescue her and whisk her away, but to stabilize her mother.

“Blonde” is now streaming on Netflix.

The 988 Suicide & Crisis Lifeline is a free, 24/7 confidential service that can provide people in suicidal crisis or emotional distress, or those around them, with support, information and local resources. Simply dial 9-8-8. 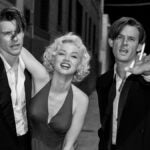