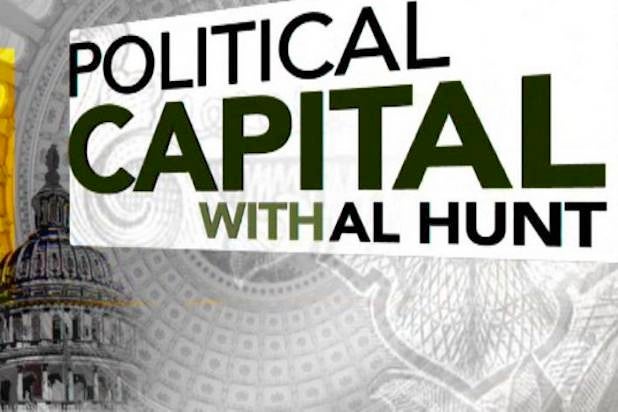 Bloomberg has canceled weekly talk show “Political Capital with Al Hunt,” and laid off an undisclosed amount of employees in its Washington, D.C., bureau on Thursday TheWrap has learned.

The changes, which mostly effect the television production and operations staff, are due to “the overall new structure being put into place” as Bloomberg expands its TV presence and political coverage.

Hunt will continued to write his weekly column for Bloomberg View, while production jobs will move to New York where “Game Change” authors Mark Halperin and John Heilemann will host the company’s first daily talk show. The show is part of their deal to lead Bloomberg Politics, which was announced earlier this year.

Several print staff were also laid off, though a spokeswoman would not confirm how many. Politico reports a total of 15 television and employees lost their jobs. All, however, have been encouraged to apply for other open positions at Bloomberg.

Additionally, TheWrap has learned that the few TV production and operations positions based in Los Angeles are being eliminated so the company can focus resources on its San Francisco television operation.

“We will continue to expand our Washington coverage. We’re launching a new politics platform — including for the first time a daily political show — expanding initiatives like First Word DC, investing in Financial crimes reporting, and the changes are a part of the overall new structure being put into place,” Bloomberg spokeswoman Amanda Cowie said. “Our TV operation — in the U.S. and around the world — is growing in size. We are changing how, and where, the TV operation is run.”