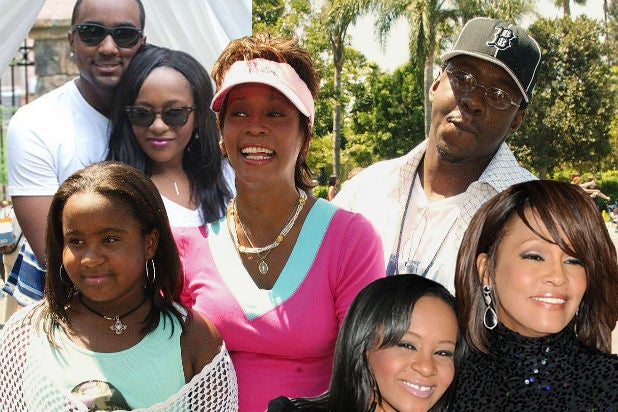 Found face-down and unconscious in a bathtub at her home on Jan. 31, Brown’s family believes she will still pull through. TheWrap spoke to experts in the fields of parenting and addiction for insight into how Brown may have reached this dire situation — and what she might face if she survives.

Bobbi Kristina Started Out With the Deck Stacked Against Her
While Brown’s troubles captured the media’s attention following her mother’s 2012 death, they certainly didn’t start there. As the daughter of two parents who struggled with drug addiction, she was saddled with a particularly unstable upbringing from the beginning along with a genetic legacy that placed her at risk, experts say.

“I think there’s little doubt that Bobbi Kristina’s childhood was a tumultuous, difficult one,” said Adi Jaffe, Ph.D., an addiction expert and executive director of Alternatives Behavioral Health in Beverly Hills. “When people come from a household where there’s excessive drug use, where there might be trauma… it can be difficult to grow up breaking those patterns.”

Mendi Baron, founder and CEO of Evolve Treatment Centers and an advocate for teens in the fields of mental health and addiction, agreed that Brown had a steep uphill battle from the start.

“Kids are not born in a bubble, and obviously things around you affect you,” Baron said.

Fame Was Probably Working Against Her, Too
Brown grew up under the media glare, with her family issues playing out in a very public way, including a warts-and-all Bravo reality show, “Being .”

“Clients who have a celebrity slant to what they’re going through have a really difficult world to navigate… unless they’ve been well coached early on to understand how to maintain their brand,” Jaffe said.

It’s not uncommon for children of parents who’ve achieved extraordinary success to behave in unusual ways or act out to gain their own version of fame, added Jeffrey Gardere, Ph.D., assistant professor and course director at Touro College of Osteopathic Medicine.

“Sometimes their parents are larger than life and their children cannot achieve that kind of success, and they do desperate, inappropriate and sometimes stupid things to try to ‘measure up,'” Gardere noted.

Bobbi Kristina Needed Extra Support Following Her Mother’s Death
The February 2012 death of was likely a tipping point for Brown. According to media reports, she disappeared for a period after Houston’s funeral and was later found getting high at a hotel.

It’s not surprising that someone in Brown’s already precarious situation would need extra care at that time.

While, outside of the family, it’s unknown if such precautions were taken in Brown’s case. Jaffe opined, “I have a feeling that ongoing psychological and emotional support might not have been forthcoming right there in that spot.”

Bobbi Kristina’s Bathtub Incident Occurred in a Perfect Storm
Brown’s most recent trouble bears a striking similarity to the demise of her mother, who accidentally drowned in a bathtub with drugs by her side. But there is another parallel, in that Bobbi Kristina was found unconscious less than two weeks before the third anniversary of Houston’s death.

Other recent events that could have negatively affected her mindset such as Lifetime’s contentious biopic “Whitney,” which aired two weeks before Brown’s bathtub incident and was followed by an interview with , during which he candidly discussed his and Houston’s drug abuse.

“It’s really hard to speak to motive, but I think it’s pretty safe to say that, three years after your mother died, the anniversary of her death is coming up, a movie just gets released about your mother showing her in a very unflattering light and maybe your father even had something to do with the creation of the movie and the support of it — you can imagine there’d be a good amount of internal conflict,” Jaffe said.

See video: Bobby Brown on Bobbi Kristina’s Hospitalization: ‘Give My Daughter the Love and Support She Needs’

Bobbi Kristina Might Have Sought Refuge on Social Media — and That Would Be a Mistake
It’s far from uncommon for young people of Brown’s age to spend hours on social media. In Bobbi Kristina’s case, however, her social media usage often found her playing out her struggles in a very public forum.

At times, she has expressed her rage on social media, such as last July, when she lashed out at Angela Bassett, the director of Lifetime’s biopic about her mother.

“Ha MsAng “bassketcase” has such a damn nerve my lord, at least the world doesn’t mistake me for the wrong sex … she has some #XtraEquipment,*” Brown wrote.

While such behavior might seem like typical venting, Gardere cautioned that social media is no substitute for professional therapy. He also noted  that troubled young people sometime engage in “self destructive behaviors such as living out what should be very private situations in front of the public, even if it is very inappropriate and embarrassing.”

In a situation worth noting, a photo that purportedly showed Bobbi Kristina using a bong appeared on her Instagram page in July 2014. The controversial picture showed a woman who looked like her inhaling thick smoke. The caption read: “This picture may be inappropriate but I want to make a connection with you all. Don’t worry this picture isn’t recent just hear me out. Do you know what I feel? I feel strange I can’t feel any pain anymore. I don’t take any drugs as of recently. Things just happened…” Brown later denied on Twitter that she was responsible for the Instagram post.

Bobbi Kristina May Have Made the Wrong Choice of Companion
Brown’s relationship with boyfriend Nick Gordon has raised eyebrows, particularly given that Houston had raised Gordon as a son. Since the near-drowning, scrutiny of Gordon has only intensified — multiple media outlets have reported that police are looking into the possibility that there was an altercation between the two shortly before Brown was found submerged in the bathtub.

Gardere noted that, without positive parental guidance, it wouldn’t be unusual for someone in Brown’s position to fall under the wrong influence.

“In the absence of their parents they are lost emotionally and turn to inappropriate relationships with strangers or people who do not have their best interests at heart,” Gardere said.

So How Can Bobbi Kristina Turn Things Around?
Assuming Brown’s condition improves — Baron and Jaffe caution that immediate and lasting treatment is necessary to avoid a repeat occurrence.

“The very first thing I would say is, get her out of her current situation, get her to a safe therapeutic environment, away from the press, away from the people, away from the negative family, away from the drugs. Give her a chance to try to restart and get a fresh perspective,” Baron said. “I would go immediately from the hospital to residential (treatment), don’t stop.”

And once she’s there, added Jaffe, it’s paramount that Brown and those around her keep the focus on healing.

“I hope that whatever the stressors, environmental, or internal… I really hope that there’s some concerted effort at dealing with them, instead of saying, ‘Well, you know, we dodged a bullet there, let’s move forward,” Jaffe noted.

Anita Bennett and Jordan Chariton contributed to this report