Crab was one of two contestants unmasked on Wednesday’s supersized “Masked Singer” episode, revealing the man under the shell was singer Bobby Brown. And fans who have been watching Season 5 religiously know that not long after Crab entered the competition as a “Wildcard” contestant, he had to pause during a performance because he couldn’t breathe under the mask.

Brown, who was eliminated alongside Seashell (Tamera Mowry-Housley) during tonight’s Super 8 round, told TheWrap that his experience performing on the competition series opened his eyes to the difficulties of a new part of showbiz. 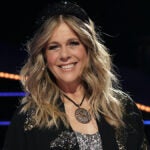 “What I gained is a respect for those that wear that costume,” Brown said. “I have a newfound respect for anybody who wears a costume to perform. It’s definitely an art.”

Despite a few bumps, Brown was proud to be part of “The Masked Singer’s” fifth season, especially as one of its “Wildcard” competitors, a new element that has shaken up the game with surprise contestants popping in to unseat others.

“That was the fun part, that I wasn’t an original member,” Brown said. “But the Crab costume was so intricate and so well put together. The designer did such a wonderful job with the claws and the shell on the back. And the head with the mustache and everything. All the sparkles on the outfit. It was just such an interesting costume to wear.” 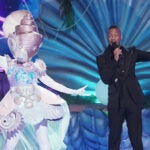 On tonight’s two-hour episode, judges Ken Jeong and Jenny McCarthy correctly guessed that Crab was Brown before his elimination. But the other judges’ guesses were just plain wild to Brown.

“Some of them were way off, with Flavor Flav and Ray Parker Jr. and other guesses that they made,” Brown said. “But it really is fun to see them try to figure out who is under the mask. That’s a lot of fun. That’s the highlight of the show; that’s why the show is such a high-rated show.”

As for those celebs who may decide they want to do “The Masked Singer” in the future, Brown had this advice: “My advice to those who want to be a part of this is remember that it’s a fun-loving show. And not to take it personal. Just to be a part of it is a joy in itself. I’m so happy that I decided to do it. I had so much fun. The secrecy with the whole organization is — the security is so impeccable. I wish I had that kind of security when I go places to perform. It was incredible.”