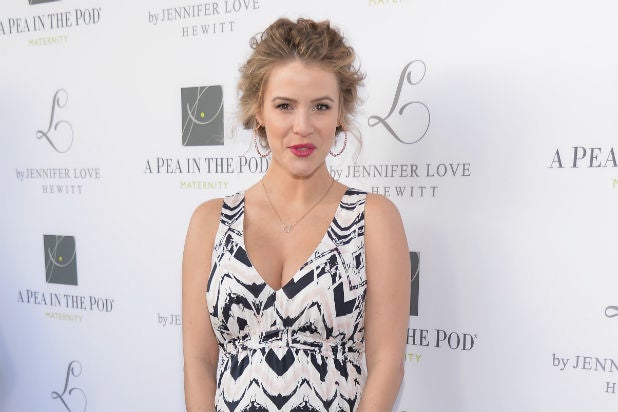 “The Bold and Beautiful” actress Linsey Godfrey is expected to make a full recovery after a car careened into her while walking in West Los Angeles Monday, TheWrap has learned.

The collision broke both of Godfrey’s legs. She was rushed to a local hospital and underwent surgery Monday night. She is in stable condition and expected to make a full recovery, a Los Angeles Police Department spokeswoman told TheWrap Tuesday.

Also read: ‘Bold and the Beautiful’ to Air Retrospective Documentary for 7000th Episode

Around 2:25 p.m. Monday, two cars collided at the intersection of West Olympic Boulevard and Granville Avenue. One of the cars veered onto a sidewalk, smashing into Godfrey.

“Both drivers stayed at the scene,” the spokeswoman noted.

Police aren’t releasing the drivers’ ages or the vehicles involved in the collision as the investigation continues.

Also read: ‘Big Brother’ Eviction Leads to Guest Spot on ‘The Bold and the Beautiful’

“We’re still not releasing how this collision happened. It appears to have been a ‘straight accident,’ meaning no arrests made and no citations [were] given,” the spokeswoman said.

Godfrey is no stranger to ailments. She underwent treatment for Hodgkin’s lymphoma in 2006, USA Today reported.

CBS’s “The Young and the Restless” actress Adrienne Frantz tweeted, “@linseygodfrey I am sending you Angels and prayers! May you have a speedy recovery!”

She is going to be ok. Thank you. Already charming her Dr’s and Nurses. She’s been through worse than this a… http://t.co/hEsfa1Nkg1

Hey everyone. @linseygodfrey is going to be okay. She is strongest person I know & has all the Drs laughing w her usual hysterical self — Kelly Kruger (@KrugerKelly) February 3, 2015

Sending good thoughts and prayers and healing energy to @linseygodfrey !! I hope surgery goes well & hope to see u back at work very soon