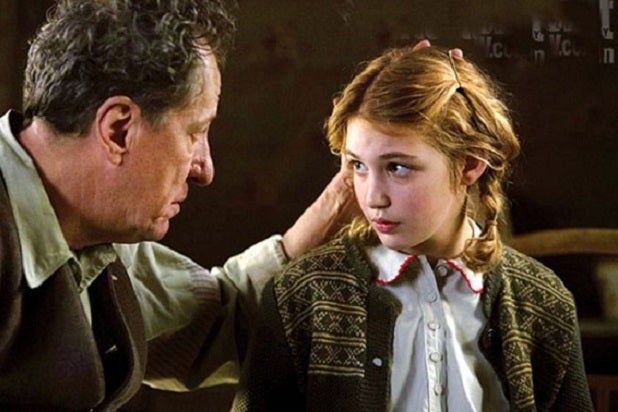 That’s why Fox is rolling it out in just four theaters – two in New York and two in L.A. – starting Friday, looking to build buzz and a bit of box office momentum before expanding the tale based on Aussie Markus Zusak’s wrenching 2006 novel.

“It’s a wonderful movie, and very much one that needs to be nurtured and given a chance to find its audience,” Fox’s distribution president Chris Aronson told TheWrap. “It has a high-quality cast that came together because they wanted to be a part of a unique project.”

He said the plan was to stay limited for the next three weekends before releasing “The Book Thief” wide on Nov. 27, Thanksgiving weekend. Originally set to debut next spring, Fox opted to go out with it this year so that it could qualify for the Oscar race.

In “The Book Thief,” Liesel (12-year-old Sophie Nelisse) finds solace by stealing books and sharing them with others in pre-World War II Germany while her adoptive parents shelter a Jewish refugee. Emily Watson, a Best Actress Oscar nominee, and Best Actor Oscar-winner Geoffrey Rush co-star in the drama, while Roger Allam from “Game of Thrones” provides the voice of Death.

About read: ‘The Book Thief’ Review: Death and Plucky Tween Find Their Voice in Holocaust Tale

Michael Petroni adapted the screenplay and Emmy-winner Brian Percival, from TV’s “Downton Abbey,” is the director. Five-time Oscar-winner John Williams composed the score. The producers are Karen Rosenfelt (“The Twilight Saga,” “The Devil Wears Prada”) and her husband, Ken Blancato.

The studio hasn’t been shy about attempting to draw on the acclaim of another of of the projects Gabler championed to help promote “The Book Thief.” The TV spots trumpet the fact that it’s “from the studio that brought you ‘The Life of Pi,'” last year’s surprise blockbuster that earned a Best Picture nomination and brought director Ang Lee an Academy Award.

Aronson said that characterizing it the PG-13-rated “Book Thief’ simply as a young adult novel would be selling it short.

“That’s just one aspect of the film,” Aronson said. “There’s a lot more to it, which is what we hope to make audiences aware of over the next few weeks.”