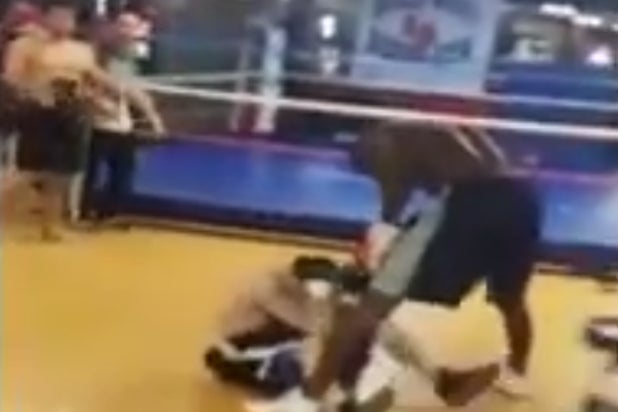 Internet trolls: think twice before posting in the comments section below.

Professional pugilist and reigning WBC Continental Americas Heavyweight Champion Deontay Wilder handed-off a beatdown to Charlie Zelenoff, a wannabe fighter who has been harassing the much larger man for three years. Luckily for the rest of the web, it was all caught on video.

Zelenoff has allegedly thrown racial slurs the champ’s way via texts and phone calls, and even made disparaging comments about his young daughter.

The biggest mistake was when Zelenoff challenged the pro to a boxing match. What he got, was no match at all.

Also read: ‘Internet Trolls’ Are Actually Jerks in Real Life Too, According to Study (Infographic)

The online loudmouth spent much of the time on the ground, trying to quit.