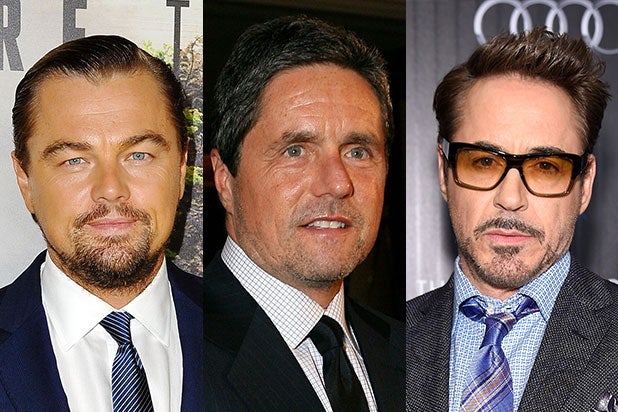 Steven Spielberg, Leonardo DiCaprio and Robert Downey Jr. and his wife Susan Downey were among the Hollywood luminaries who gathered to mourn Brad Grey in a private service on Thursday.

The private reception was held at Grey’s home, the person told TheWrap. A public memorial is expected to follow in the coming weeks.

Grey died of cancer on Sunday surrounded by his children and wife Cassandra. His estate, once owned by Frank Sinatra, sits in the Holmby Hills enclave of Los Angeles.

Grey got his start in Hollywood while studying at the University of Buffalo, where he met Miramax founder Harvey Weinstein and assisted him with his concert promotion business. From there, he moved into stand-up comedy promotions, during which time he met Bernie Brillstein, the man with whom Grey would co-found Brillstein-Grey Entertainment.

Through Brillstein-Grey, Grey started a career as a producer that put his name on some of the best-known programs on television, including HBO megahits like “The Sopranos” and “Real Time with Bill Maher.” He earned multiple Golden Globes, BAFTAs, PGAs and Emmy Awards, as well as  four Peabody Awards.

He is survived by his wife, their son Jules, his three children Sam, Max and Emily from his marriage to Jill (nee Gutterson) Grey, his mother Barbara Schumsky, his brother Michael Grey and his sister Robin Grey.

In lieu of flowers, the family asks that donations be made to the Lawrence J. Ellison Institute for Transformative Medicine of USC.

Ryan Gajewski contributed to this story.