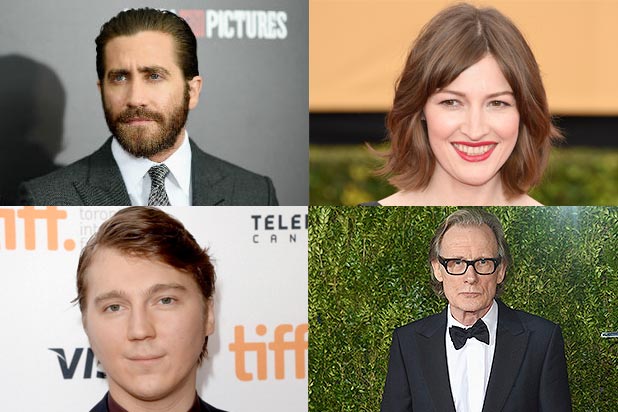 Netflix and Brad Pitt‘s production company, Plan B Entertainment, are joining forces on the creature feature “Okja,” which hails from “Snowpiercer” director Bong Joon-ho, it was announced Monday.

The film will focus on the unusual friendship between a young Korean girl and a monster named Okja who has a kind spirit.

“Okja” is expected to start production in April in both the U.S. and Korea. Netflix is expected to give the film a theatrical release in the first half of 2017.

“It really is a fantastic opportunity for me as a filmmaker,” said Bong. “For ‘Okja,’ I needed a bigger budget than I had for ‘Snowpiercer’ and also complete creative freedom. Netflix offered me the two conditions that are difficult to have in hand simultaneously. Plan B Entertainment has also produced bold and daring films. I expect the adventurousness of Plan B to blend with ‘Okja.'”

Netflix is expected to launch in South Korea next year, and “Okja” is one of the first Asian productions to be financed by the streaming service, along with the Weinstein Company’s TV series “Marco Polo” and “Crouching Tiger Hidden Dragon 2.”

Bong’s “Snowpiercer” was a hit on VOD in the U.S. and it also grossed $82 million overseas on a reported production budget of $40 million. The South Korean filmmaker’s previous movies include the serial killer procedural “Memories of Murder,” the crime drama “Mother” and the critically acclaimed monster movie “The Host.”

Dano next stars in Paolo Sorrentino’s “Youth” and the miniseries “War & Peace,” while Macdonald will soon be seen in Ricky Gervais‘ Netflix comedy “Special Correspondents.”