Alan Ladd Jr., the Oscar-winning producer whose credits include Best Picture winners “Braveheart” and “Chariots of Fire,” died on Wednesday at the age of 84, according to his daughter, Amanda Ladd-Jones.

“With the heaviest of hearts, we announce that on March 2, 2022, Alan Ladd, Jr. died peacefully at home surrounded by his family. Words cannot express how deeply he will be missed. His impact on films and filmmaking will live on in his absence,” Ladd-Jones wrote on social media.

Born in Los Angeles, Ladd got his start in the film industry as an agent before beginning his producing career in 1969. Four years later, he was hired as Head of Creative Affairs at 20th Century Fox and eventually rose to become head of its film division. During his tenure at Fox, Ladd played a key role behind the scenes approving and overseeing the production of George Lucas’ “Star Wars,” convincing the board of directors to back down from plans to shut the film down. Two years later, he helped launch another sci-fi classic franchise by greenlighting Ridley Scott’s “Alien.” 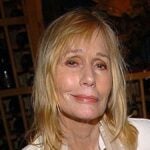 Shortly after the release of “Alien” in 1979, Ladd left Fox to start his own production company, The Ladd Company. Through the early 1980s, the production outlet produced several all-time classics, including the 1981 Best Picture winner “Chariots of Fire” and another Ridley Scott sci-fi adventure, “Blade Runner.”

Unfortunately for Ladd, his company suffered multiple box office flops, including the critically praised “The Right Stuff.” Even the success The Ladd Company found with the hit comedy series “Police Academy” wasn’t enough to pull it out of the red, and it folded in 1984 with Ladd moving to United Artists to become its new president. Eventually, he became CEO of MGM, during which time the studio released hits like “Moonstruck” and “Thelma & Louise.”

In 1993, Ladd went to Paramount and reformed The Ladd Company, becoming producer on Mel Gibson’s most iconic film, “Braveheart.” The film earned him his first Oscar when it won Best Picture in 1996.

Ladd produced his final film in 2007 with Ben Affleck’s directorial debut, “Gone Baby Gone.” That same year, he received a star on the Hollywood Walk of Fame.