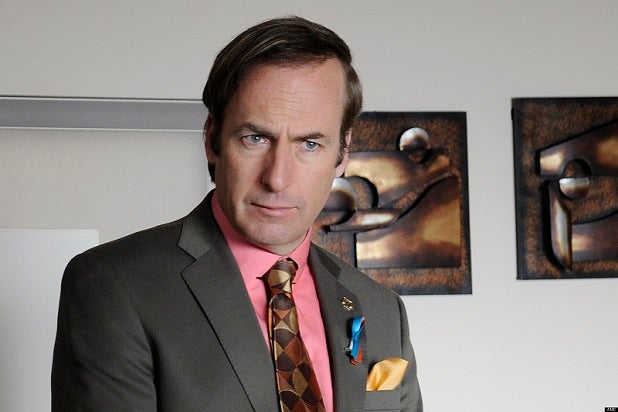 Rest assured, “Breaking Bad” fans. The series is over, but speculation over the show’s spin-off continues.

Bob Odenkirk, who played ethically flexible attorney Saul Goodman on the AMC drama, introduced another element to the guessing game surrounding the Goodman-centric “Better Call Saul” saying it could be a sequel.

Or, it could be a prequel. Or some kind of hybrid of the two. Anyway, Odenkirk offered his thoughts during an interview with IGN, saying that “Breaking Bad” creator Vince Gilligan and producer Peter Gould have tossed around a few possibilities.

“Breaking Bad” ended with Goodman in a state of flux as he sought to distance himself from the carnage and legal complications wrought by Walter White’s meth empire. Toward the end of the series, which wrapped in late September, Goodman suggested that a relocation from Albuquerque, N.M. to Nebraska was imminent, pondering, “If I’m lucky, in a month from now, best case scenario, I’m managing a Cinnabon in Omaha.”