The visual equivalent of comfort food, “Breaking Bread” aims to inspire all of us. First, to open our hearts and minds to peace and inclusivity. And second, to find the best Middle Eastern restaurant within reasonable distance, and place an order as soon as humanly possible once the movie ends.

Writer/director/producer Beth Elise Hawk has approached her first documentary as an unabashed passion project. Her enthusiasm, and general sense of joy, shine through clearly from start to finish.

Though she doesn’t dig deep enough to get us much past the elevator pitch, that pitch is pretty appealing: What if the first Palestinian woman to win Israel’s “MasterChef” competition started a food festival that brought Arabs and Jews together? 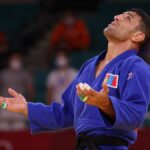 Even better, Dr. Nof Atamna-Ismaeel is also a hugely charismatic microbiologist who brings a combination of cheerful optimism and pragmatic intelligence to both the movie and the immutable conflict she’s determined to solve.

Or, at least, to improve. As she herself admits with a wry smile, Israel “is not Switzerland.” But she also observes that there are plenty of Israelis, Arab and Jewish, who share her wish for connection. Hawk’s intention, which she wholeheartedly accomplishes, is to prove Atamna-Ismaeel right.

The latter chose the city of Haifa for her festival because it sits in the middle in many ways. Physically, it’s between the mountains and the sea, and (relatively) far from volatile borders. It’s not a holy city, so there aren’t entrenched resentments over use of the same sites. And it’s also theologically balanced, with a mayor who proudly notes that the town celebrates Christmas, Chanukah, and Ramadan together. 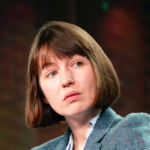 Atamna-Ismaeel’s idea is to partner teams of Arab and Jewish chefs to work on a single dish they will offer at the festival. So we meet the Catholic-Jewish Ilan, who is excited to learn from his partner Osama, a Muslim restauranteur who draws inspiration from his small port village. Shlomi’s restaurant honors his grandfather’s Eastern European recipes, but for the festival he’s learning about Ali’s ancient Syrian cuisine, which dates back centuries. And so on, as Arabs and Jews work together to discover to their surprise that they like and respect each other individually. To reference the Anthony Bourdain quote used to open the film, “Food may not be the answer to world peace, but it’s a start.”

Hawk does occasionally and tentatively nod towards conflict, as when Atamna-Ismaeel claims that what Jews call “Israeli salad” is originally Arab, and that the renaming is a means of appropriation. But the film always returns to Ilan’s perspective on the food he makes with Osama: “It’s not an Arab dish or a Jewish dish. It’s our dish.”

These absolutely gorgeous dishes are, in fact, the true highlights of the movie (though we don’t need quite so many slo-mo shots of hummus, even if they are accompanied by a side of Omar El-Deeb’s aptly lovely score). Cinematographer Ofer Ben Yehuda captures each plating so rapturously, it’s no surprise to learn that he specializes in food imagery. And it’s also nice to get out of the kitchens, to see where some of the chefs come from: to visit their towns, hear their histories, and meet their families.

It would have been helpful to see some additional teams — surely there are a few other women? — and to learn more about the actual festival. Indeed, between Dr. Atamna-Ismaeel, the chef pairings and the festival itself, one could easily imagine the movie expanded into a series. Hawk, who has worked as a producer and industry executive for many years, gives the event such a huge buildup that it’s a little disappointing when the movie ends before we can attend at length. But, of course, there are worse complaints than wishing one could return for seconds.