Decades before “Planet Earth,” “An Inconvenient Truth,” “Naked and Afraid,” or even kids’ “Nature Cards” in the 1980’s, Jane Goodall was nature and environmental media’s “Eve.”

At 83, Eve headlined the Hollywood Bowl on Monday night [Oct. 9] as the star of Brett Morgen’s feature documentary “Jane.”

National Geographic, which will release the film in theaters later this month, leveled-up with a King Kong-sized outdoor seated dinner, premiere, and live orchestra scoring the film for over 15,000 guests. 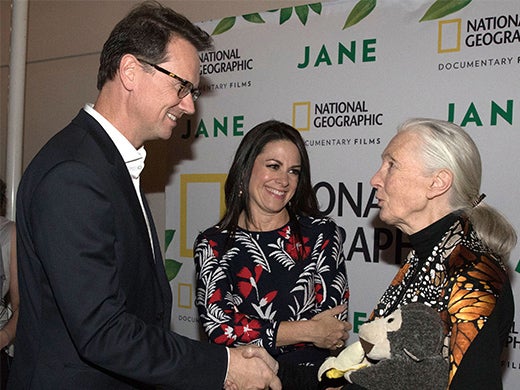 “I wish I could embrace every single one of you,” Goodall said while clutching a bouquet of flowers. 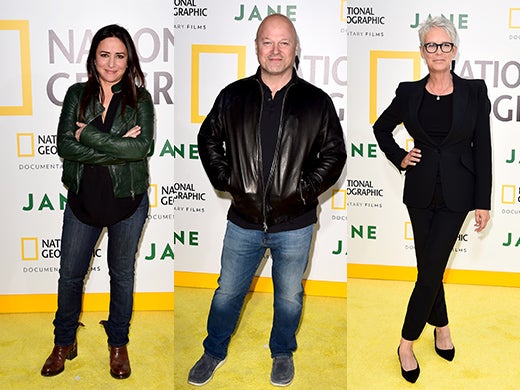 “I must admit that standing on this stage and welcoming you to this event is a monumental bucket list moment for me,” said Courteney Monroe, CEO of National Geographic Global Networks. “Also a tad terrifying.” 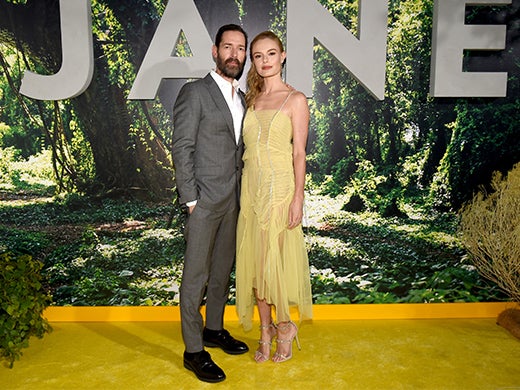 The documentary flirts with time dilation by combining elements from different decades.

Morgen punctuates lush source footage of Goodall’s time embedded in a chimpanzee colony from over 55 years ago with her own present day narration. (She is the lone narrator.)

When these elements were combined with a live orchestra scoring the premiere and Morgen’s thoroughly modern editorial cadence in the edit bay, the result is pleasantly disorienting. “Jane” feels simultaneously modern, classic, historical, and novel.

From the decades on screen to the stage at the Bowl, Goodall’s ponytail is the one constant. 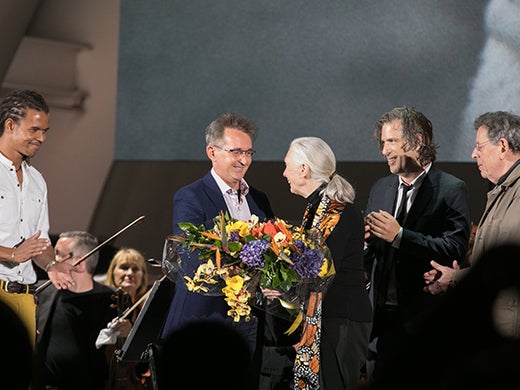 This is Morgen’s follow-up to the Emmy-nominated Kurt Cobain documentary “Montage of Heck.”

“Should we tell them what our first question was?” Morgen said while appearing on stage with Goodall before the show.

“Alright, you tell them that,” Goodall answered.

“Do you get tired of your telling your story?” Morgen revealed. “And she looked at me and said, ‘Well, it depends on who is asking the questions.'”

Their meeting became a Hanukkah story. What was supposed to be a three hour interview in Tanzania lasted for two-and-a-half days. 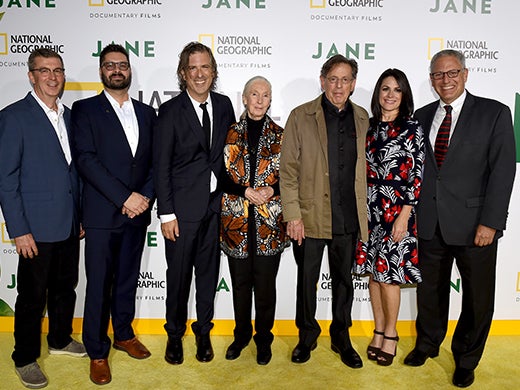 Also Read: Jane Goodall Warns Ivanka Trump She's 'In a Position to Do Much Good or Terrible Harm'

Before the show, National Geographic treated the crowd in the boxes to picnic dinner worthy of a royal safari: spicy beer steamed shrimp, beef tenderloin, watermelon and tomato salads, a multi-bottle array of wines per table, and surprisingly, no bananas.

Her only animal companion for the night was only a stuffed animal chimpanzee, bringing it on the carpet with her. Her real plus-one’s were her son and grandson. 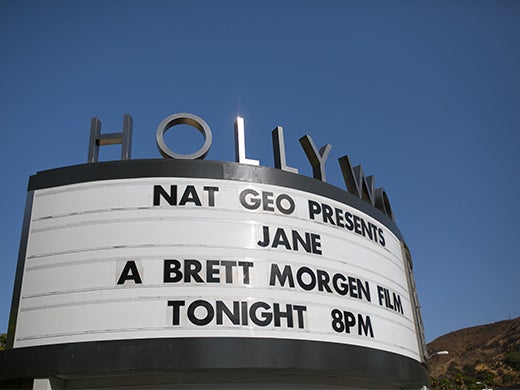