CBS News wanted recently departed MSNBC anchor Brian Williams to helm its nightly broadcast, according to a new report from CNN. Also according to that report, Williams said no — twice.

CNN cites three people familiar in the story, which details how CBS News president and co-head Neeraj Khemlani tried to bring William on board two times, but Williams was not interested in replacing current anchor Norah O’Donnell.

For her part, O’Donnell got a major promotion in 2019, but has not been able to save the newscast’s poor ratings. “Evening News” routinely falls behind NBC’s “Nightly News” and ABC’s “World News Tonight” in viewership. 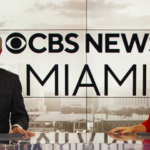 A representative for CBS News pointed to Khemlani’s comments to Deadline, where he noted the show is “the closest it has been to its competitors in 27 years and said there are “no current plans to change” the evening broadcast anchor.

CBS News and Stations announced an overhaul Monday that included a new studio in New York, and a new slate of programming. Amid the digital rebranding, O’Donnell was named as host of the new streaming show, “Person-to-Person.” Her “Evening News” will also stream on the platform at 10 p.m. ET, two hours after it airs on television.

Williams announced his exit from NBC News and MSNBC in November of last year, bringing a halt to his half-decade hosting “The 11th Hour” and raising questions about where MSNBC will go without him. While his move from NBC News to MSNBC seemed like a demotion in 2015, a lot can change in a few years. Williams, per the CNN report, just isn’t interested in hosting a legacy show on a broadcast channel at this time.