“Bridge and Tunnel” has been renewed for a second season, Epix announced on Wednesday.

Set in the early 1980s, “Bridge and Tunnel” centers around a group of recent college graduates hoping to achieve their dreams in Manhattan while still maintaining their identity in their middle-class Long Island hometown. 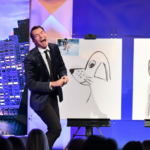 Aaron Lubin (“Something Borrowed,” “Public Morals”) and Lori Keith Douglas (“The Village,” “Friends from College”) serve as executive producers for the series alongside Burns. The series is produced by EPIX Studios and is internationally distributed by MGM.

The second season of “Bridge and Tunnel” is set to commence production in the fall in New York and is slated for a 2022 premiere.