Actors and stage managers who suffered under the abusive working conditions of Broadway (and film) super producer Scott Rudin will soon be allowed to tell their story, without fear of legal repercussions.

The Actor’s Equity Association had secured release from non-disclosure agreements for members who worked under Rudin. “Actors’ Equity Association, the national labor union representing more than 51,000 professional actors and stage managers in live theatre, has reached an agreement with The Broadway League that releases its members who worked on the Broadway productions of To Kill a Mockingbird, West Side Story, The Iceman Cometh and The Lehman Trilogy from non-disclosure agreements they signed that prohibited them from speaking about workplace abuses from producer Scott Rudin,” the group said in an official statement.

The League also agrees that NDAs should only be signed under certain circumstances, “such as protecting intellectual property or financial information.” This is partially to insure that something like the Rudin situation doesn’t happen again. 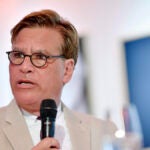 “As new shows develop, we understand that sometimes NDAs are necessary to protect these works in progress,” said Al Vincent, Jr., executive director of Actors’ Equity Association said in the official statement. “However, NDAs may not and will not be used to protect anyone from the consequences of their own bad behavior. This settlement is a major step in ensuring they will not be used in that way again.”