The brother and sister in Arnaud Desplechin’s “Brother and Sister” can’t stand each other. The sister, played by Marion Cotillard, is Alice, a theatre superstar playing to packed houses in an adaptation of James Joyce’s “The Dead.” The brother, played by Melvil Poupaud, is Louis, an award-winning author and poet.

Alice resented it when his fame briefly overtook hers, but there is more to their mutual loathing than that. For mysterious, complicated reasons, they haven’t spoken in 20 years, and when they talk about each other to other people, Alice smiles a smile of pure venom, and Louis explodes in vicious rage. What are they to do, then, when Louis has to return to his hometown of Lille to visit his dying parents? Will he and Alice be forced to confront each other at long last?

It’s a juicy premise, but Desplechin and his co-writer, Julie Peyr, haven’t stopped there. Oh no. From a distance, their film is a typical French bourgeois drama about bookish middle-class siblings with stylish coats and decrepit parents: see also François Ozon’s “Everything Went Fine” (at Cannes last year) and Mia Hansen-Love’s “One Fine Morning” (at Cannes this year). But “Brother and Sister,” which also happens to be in Competition at Cannes, keeps piling on more and more ideas and digressions to the point that it will thrill some viewers, sicken others and puzzle all of them. 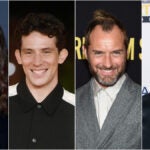 Louis, for instance, isn’t just a writer. He’s an opium-smoking, horse-wrangling writer whose son died when he was 6 years old and who is now renovating a cottage in the mountains with his wife Faunia (Golshifteh Farahani, “Paterson”), who used to be a curator of prehistoric cave paintings. Alice, meanwhile, doesn’t just have a husband and son, but also a burgeoning friendship with a homeless Romanian stalker (Cosmina Stratan, “Beyond the Hills”) and a taste for antidepressants, as prescribed to her by a psychiatrist (Patrick Timsit) who fancies her.

There’s nothing too surprising about the scenes in which Alice mutters about her grievances, or in which Louis looks through photo albums when he crashes in his childhood home. But what are we to make of the arbitrary trip to Africa, or the magic-realist flight over the city, or the elaborate traffic accident that could have come from an installment of “Final Destination”? What about the flashbacks, the voiceovers, the direct addresses to the camera, and the incidents that are alluded to and hinted at and then never mentioned again? 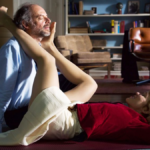 Desplechin and Peyr did a colossal amount of brainstorming and research, it seems, and they made sure that everything they thought of ended up on-screen. They’ve even given Alice and Louis another brother, Fidèle (Benjamin Siksou, “Blue Is the Warmest Color”), but what he thinks about the family feud is anybody’s guess.

If you’re willing to accept that quiet naturalism and streamlined plotting aren’t on the table — and that pretty much everything else is — then there is a lot to admire about this strange, excessive film. You can revel in its bloody-minded refusal to do what is expected of it, the novelistic richness to the characters’ lives, the deftness with which its many disparate parts are sewn together. Some themes may be familiar from Desplechin’s earlier films, notably “A Christmas Tale,” but his work has never been so dizzyingly overwhelming. Still, some would argue that it has never been so self-indulgent: there were boos at the late-night press screening in Cannes.

It is undoubtedly frustrating that, among many other loose ends, the mystery of the central shared hatred is never satisfactorily solved. Instead, Alice and Louis’ volcanic antipathy simply sputters out in a way that might be true to what can happen between real-life siblings but which feels like a let-down here. It’s disappointing because the earlier explorations of their toxic relationship are quite something.

Cotillard can be deeply touching when her haughty control gives way to grief, and Poupaud lets loose with some of cinema’s most raw emotion since Adam Driver punched a wall in “Marriage Story.” When, out of nowhere, he yells at his teenage nephew (Max Baissette de Malglaive) for not sticking up for him against Alice, or when he growls at his elderly father (Joel Cudennec), “When you die I won’t come to your funeral,” his verbal attacks have the adrenaline-pumping intensity of any physical fight scene.

As overflowing as it is with subplots and stylistic quirks, perhaps “Brother and Sister” should simply have concentrated on the brother and sister. That would have been more than enough.

“Brother and Sister” makes its world premiere at the 2022 Cannes Film Festival.