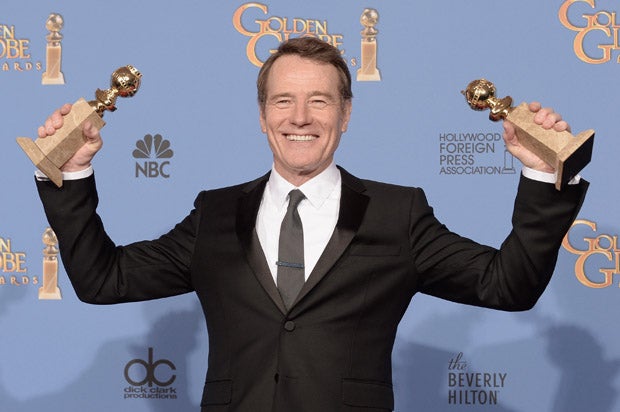 Ron Howard, Bryan Cranston and Kevin Spacey are among those who will speak at the 2014 Tribeca Film Festival.

The festival, which runs this year from April 16-27, announced its film lineup last week. On Monday, it revealed the roster for its panel discussions for the Tribeca Talks series and Tribeca Innovation Week’s Future of Film series.

Howard and Lee Daniels will be featured in the Tribeca Talks: Directors Series, in which they’ll lead general discussions about their careers and work.

In the Psychos on Film panel, “Breaking Bad” star Cranston, “Boardwalk Empire” creator Terence Winter and neuroscientist James Fallon will discuss just why audiences murderers in TV and film. The conversation will be moderated by “Nightline” co-anchor Cynthia McFadden.

Spacey will appear for a talk after the premiere of his movie, “NOW – In the Wings on a World Stage,” about his world tour with Shakespeare’s “Richard III.” He’ll be joined by director Jeremy Whelehan and members of his theater company.

Alec Baldwin will have a conversation with retired Rep. Barney Frank after the premiere of the doc, “Compared to What: The Improbable Journey of Barney Frank,” which explores his 40 year career in elected office. Eva Longoria will lead a discussion after a screening of “Food Chains,” which looks at the state of labor in the American agricultural sector.

It won’t all be serious. Shep Gordon, the Hollywood insider and subject of Mike Myers’ directorial debut, “Supermensch,” will dish show biz gossip with Michael Douglas.

Oh, and Mike Tyson and Evander Holyfield will be in attendance to discuss the documentary, “Champs,” about using boxing as an exit from poverty. Ear may or may not be served.

“Friday Night Lights” creator Peter Berg will be at the center of the Tribeca/ESPN Sports Film Festival Conversations, discussing how to make authentic sports stories for the screen, while “The Wire” creator David Simon and “House of Card'” creator Beau Willimon will debate the ability of entertainment companies to customize content using user data.