Actress Bryce Dallas Howard faced pressure to lose weight for her leading role as Claire Dearing in the “Jurassic World” franchise, but says director Colin Trevorrow stepped in when the pressure mounted for the third and most recent film “Jurassic World Dominion.”

When asked by Metro UK what being in “Dominion” meant for female representation in action films, Howard revealed that she had been asked to lose weight for the franchise.

Howard continued, adding that director and co-writer Trevorrow pointed to the larger female ensemble in “Dominion” (which also included DeWanda Wise, Laura Dern and Dichen Lachman) as reason to make room for different female body types when advocating for Howard. 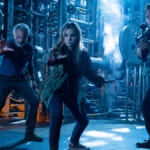 Howard has not been shy about speaking up about her experience as a woman in a blockbuster franchise, previously revealing that the pay gap between her and co-star Chris Pratt was substantial and locked in for the trilogy of films.

“When I started negotiating for ‘Jurassic,’ it was 2014, and it was a different world, and I was at a great disadvantage,” Howard said in August. “And, unfortunately, you have to sign up for three movies, and so your deals are set.”

The actress did add, however, that when Pratt became aware of the discrepancy, he advocated for her on deals for theme park attractions and video games.

“What I will say is that Chris and I have discussed it, and whenever there was an opportunity to move the needle on stuff that hadn’t been already negotiated, like a game or a ride, he literally told me: ‘You guys don’t even have to do anything. I’m gonna do all the negotiating. We’re gonna be paid the same, and you don’t have to think about this, Bryce.’ And I love him so much for doing that. I really do, because I’ve been paid more for those kinds of things than I ever was for the movie.”

“Jurassic World Dominion” is currently streaming on Peacock and available to purchase on Digital, Blu-ray and DVD. 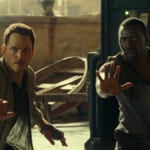